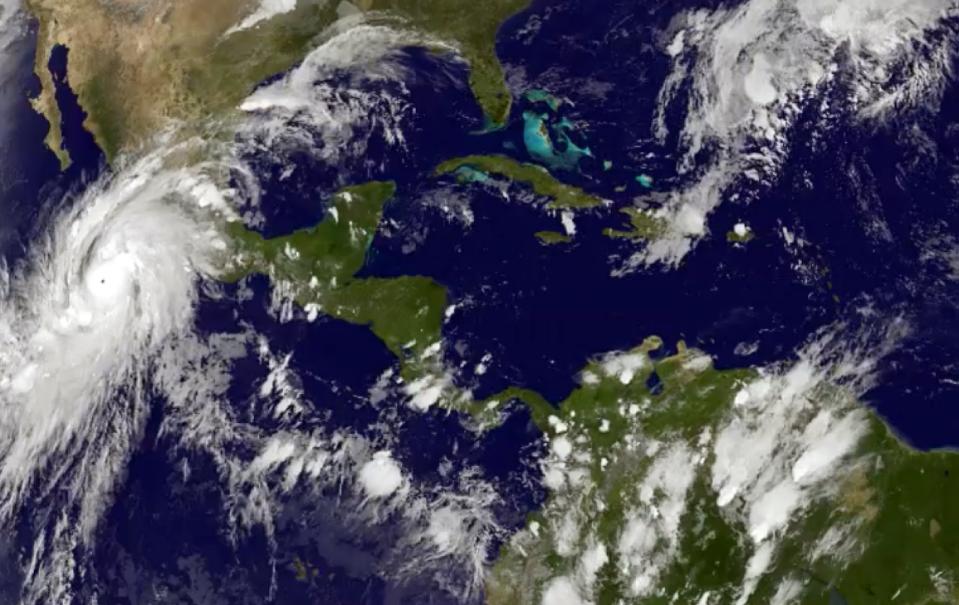 The population along Mexico’s Pacific Coast has boarded up homes and bought supplies before Hurricane Patricia arrives in the next few hours. The storm has experts worried as it is now Category 5, which means that it could be very destructive once it arrives.

Officials did not waste any time declaring state of emergency in more than ten municipalities in Nayarit, Colima and Jalisco states. The governor of Colima decided to close schools on Friday before it was announced that it had turned into a Category 5 storm.

Heavy rain arrived to Manzanillo a few hours ago as its residents prepared for the hurricane, which quickly went from a tropical storm to a Category 5 hurricane. At stores all over the area, people packed shopping carts with non-perishables as rain continued to fall outside.

People in the stores went for milk, jugs of water and items like canned food, which do not have to be refrigerated or cooked. Most of these shoppers confirmed that they had prepared their homes for the storm.

One of the shoppers also said that Manzanillo’s main street floods easily and that it cuts access to a lot of other streets. In Puerto Vallarta, restaurants and stores boarded up windows and stored anything that could be taken away by the storm.

The U.S. National Hurricane Center in Miami warned residents in these areas that preparations should be done as quickly as possible and that the storm could cause coastal flooding. Meteorologist Dennis Feltgen added that this is an extremely dangerous, potentially catastrophic hurricane.

Feltgen also said the storm could be a problem for Texas after it breaks up and keeps moving, sending heavy rainfall to them.

In Colima, authorities were busy during the day, handing out sandbags to residents so they could protect their homes from floods. A few minutes ago, Patricia had winds of up to 185 mph, which made it a Category 5 storm. The hurricane was said to be about 185 miles southwest of Manzanillo and was moving northwest. It is projected to arrive to the area later today.

The storm’s strength will probably be less by then but the Hurricane Center said it would still be a Category 5 hurricane, which is still extremely dangerous. Hurricane warnings are in effect for most of the coast and other areas are under tropical storm watch.

The Hurricane Center said the storm will probably bring rainfall of 6 to 12 inches. A worker at Las Hadas Hotel in Manzanillo, said residents didn’t know what direction the storm would take, but that it could be heading their way soon. He added that the hotel has rooms that are not exposed to wind or glass in case of an emergency.