Kinect was given a huge role on the Xbox One early on but the device is no longer an integral part of the console. Microsoft Corporation (NASDAQ:MSFT) does know that it remains an active part of how owners of the motion sensing device use the console.

Mike Nichols, Xbox marketing boss, said they don’t have an exact number on how many users have it and how many don’t. Nichols did say that people with Kinect still make up a big number and that those still use it regularly. Less for entertainment but a lot more to sign in and be on the user interface.

The Kinect is still being sold in stores for $149.99 but only a few bundles come with it now. 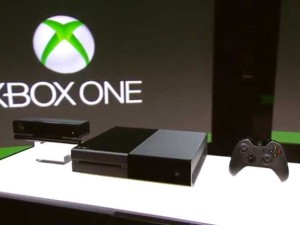 company. It means that they are working on a device that some people don’t even have or use. The company is set to release a new update soon and with that, the gaming industry will see just how much love Microsoft has for the device.

Nichols did say things have changed since the launch. He said when it was launching, they assumed 100 percent ownership and use of the Kinect. He added that there was a simplification from a design perspective.

Nichols confirmed that some of the things like gesture controls on the menus would be removed because people weren’t really using it.

But Kinect has not been completely forgotten just yet, the device will be getting at least one improvement soon. Nichols said that when Cortana comes to the console, it will include Kinect support. As many Xbox users know by now, Cortana is a Microsoft Siri-style voice assistant. The new feature is said to be coming sometime next year.

Nichols finished by saying that when the update comes out it will be a great experience for Kinect owners. The Xbox marketing boss did not say if there would be any Kinect supported games coming soon.

What do you think about Kinect? Do you still use it? Do you like the improvements coming for it? Let us know in the comments.