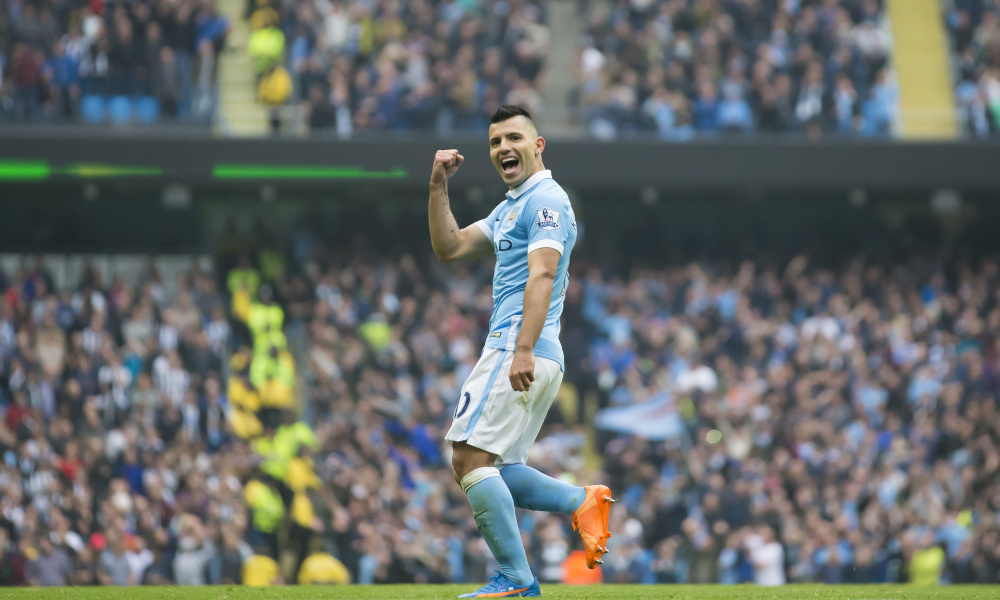 Manchester United’s Sergio Aguero made it clear that his scoring drought was officially over. Aguero went into the game playing 595 minutes of open play without a single goal. In the Premier League, his last goal was against Chelsea on August 16.

Compared to his high standard shooting statistics, this 27-year-old striker from Argentina was not in his usual form. However,Aguero definitely shocked the stadium and Newcastle when he got back into the routine.

Aleksander Mitrovic scored the first goal in the game, putting Newcastle in the lead. Aguero’s attempts to end his scoring drought began with two shots off target. After the break, he put one in from a deflected shot, making it 2-1. Shortly after he was determined to get his hat-trick, and he did just that.

A volley from Kevin de Bruyne gave Manchester United a 3 goal lead, making it 4-1. Aguero later blasts one in from close-range, and curving one right past the keeper.

Manuel Pellegrini, Man. City manager then made an astonishing call when he chose to take Aguero off the pitch. Even Newcastle fans cheered and joined the applause as the amazing striker left the field. Although he was willing to rip a few more balls into the net, he was still grateful to be added to the group of players to score five goals in one Premier League match.

Pellegrini’s reasoning to take off Aguero in his burst of brilliance was that he was injured. This makes his act even more astonishing. The City manager stated  “today he returned to his normal amount of chances he creates, but this time he scored.

He later said that Aguero was not angry with being called off the pitch. It would be better for him to exit unharmed, than risking an injury and playing the whole game. Prior to Saturday’s match, Aguero had played 482 Premier League minutes with one goal and a 6.25% shot conversion. To compare to this match, he scored five in 66 minutes of play and has a shot conversion of 71%. Aguero scored these goals between the 42nd and 62nd minutes, making this show of athleticism the fastest five-goals scored in Premier League history.

City is currently ranked first in the Premier League, with Man Utd. and Crystal Palace trailing behind.

Out of their last 19 Premier league matches, Newcastle has won only one game. This makes their current campaign the worst start to a season since 1898.

The team did have one decent match this season, it being a 2-2 draw against Chelsea prior to this week. However, they have had no particular match that has shown their potential, especially after this one. Steve McClaren, Assistant Manager claimed that they could have had a 3-0 lead against City. That was until Pellegrini responded with Aguero, which McClaren admitted that they had nothing to show against the striker. He later commented on how City was a high-quality team, and facing a world-class striker was their punishment.

The first 13 minutes of the game looked good for Newcastle, according to McClaren. Despite the losses and recent collapse, he believes that the past two weeks were unlucky. His optimism is shown clearly when he says “Our season begins now.”