Uber Launching In Pakistan This Year?

Ride sharing service Uber will come to Pakistan by the end of 2015, a spokeswoman said yesterday. The launch is part of a move by the giant to expand to places that need this type of service.

Uber’s competition in the country has not caught the attention of the population, but the service will look to make an impact and has already posted three top manager positions on its career page.

Uber hopes that with the 3G and 4G telecommunication services launched last year, business will pick up. Just fourteen percent of the country’s population has access to the Internet and 73 percent to smartphones.

Shaden Abdellatif, Uber’s head of communications for that area, told Reuters that they want to launch the service by the end of this year or by early next.

She said that in the next few weeks, the company will put together a team in Lahore, the second largest metropolitan area in the country and 16th most populous city in the world.

Brand, Experience and Types of Payment 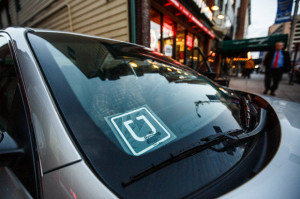 Uber uses an app to connect its drivers and customers. The service offers them cheaper rates than the ones usually seen in the cities and promises a quicker response time. The American international transportation network company headquartered in San Francisco, California, was founded in March 2009 and has expanded quickly. The ride sharing service is now operating in 300 cities in 58 countries.

The launch in Pakistan won’t be easy, similar apps have tried to do the same and have not made an impact in the market. Uber hopes its brand will attract customers.

Abdellatif added that the service is bringing their brand and the experience they have around the world.

In most countries, Uber offers credit cards as its only type of payment, but the company will have to think of something else for Pakistan, where credit cards are not easily acquired. Uber will also have to think about safety for its passengers and drivers.

Uber says all of the drivers interested will have to go through an extensive screening process and background checks. The app itself will send customers the driver’s name, photo and license plate. Abdellatif finished by saying that in some markets, the company has worked with local authorities to come up with additional safety measures.

Uber has been banned from some countries recently, but the service is stronger than ever, making agreements in India to set up offices there and coming back to states it left in the U.S.

Will it find success in Pakistan? Have you ever ordered a ride through Uber? Let us know in the comments.