Best Buy is one of the top spots if you are looking for electronics, whether it be computers, tablets, smartphones or accessories like Bluetooth headsets. You might think that Best Buy has a lot of great electronics deals throughout the year, but nothing compares to their deals during Black Friday. There are a ton of deals out there to be had in the 2015 Black Friday ad from Best Buy, and this should be one of the first places you go for electronics deals this season as there is no one at the top of their game like Best Buy.

The 2015 Black Friday ad for Best Buy was just released online and when you look at the 42-page ad you can tell that there are literally thousands of electronic items to choose from, whether you are looking for a big purchase or little ones, almost any electronics item is featured in the Black Friday ad.

These are just some of the best deals, special prices, and discounts that Best Buy is offering for Black Friday in 2015, as there are plenty of more deals out there for you to grab. Some of the best laptop and phone prices are at Best Buy this year so if you are looking for any of the top electronics and computers, Best Buy should be your top choice. 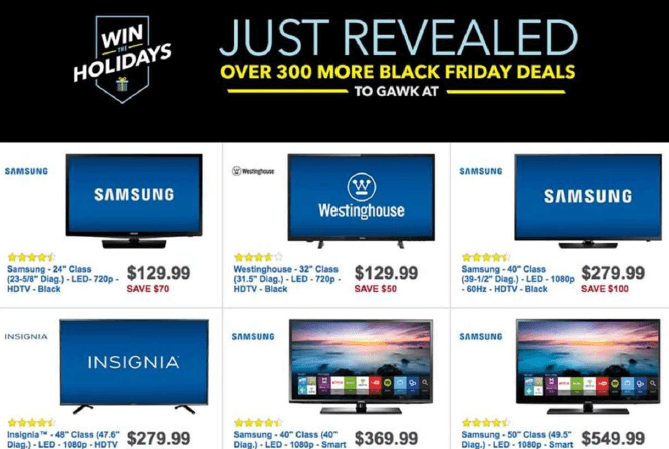