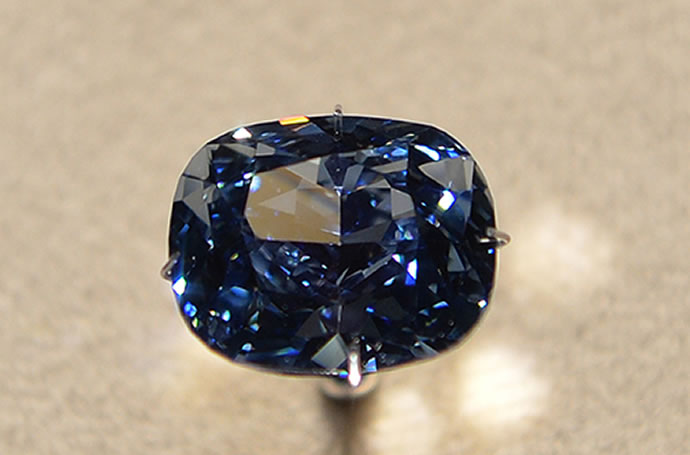 A billionaire spent a whopping $48 million on a diamond known as the Blue Moon. The man bought the diamond for his daughter at an auction in Geneva. The purchase was confirmed by his spokeswoman, who spoke to the AFP yesterday.

The real estate investor, who is a private collector of art and stones, bought the diamond at an auction two days ago. The blue diamond, set on a ring, was among the largest gems ever displayed. People in the room applauded after seeing the final price, which did not include fees.

The diamond is known as the Blue Moon because of its rarity and comes from the expression once in a blue moon. The sale passed the previous record of $46.2 million set years ago by the Graff Pink. An official of the company behind the auction, said that the number actually broke several records, including most expensive diamond sold of any color, most expensive jewel ever sold at an auction, and $4 million per carat record. The auction had a great day as it made around $140 million.

The company confirmed on its social media account that it was the private collector who had bought the diamond and that he had immediately renamed it to The Blue Moon of Josephine. A day before the auction, a pink diamond was sold for $28.5 million and was given the name Sweet Josephine. The name of the buyer was not revealed at first but in both cases it was Hong Kong billionaire Joseph Lau, according to his office. A spokeswoman later confirmed that he had bought the two but did not give her name.

It wasn’t easy for the buyer, news sites said he was locked in a bidding war for almost ten minutes before the sale was completed.

Auctioneer David Bennett confirmed that they had set a new record and that the final price was $48,468,158. He added that for him, the Blue Moon was always the blue diamond of his career. He finished by saying that he had never seen a more beautiful stone and that it’s a magical stone.

The blue gem was cut from a diamond found in South Africa’s Cullinan mine, 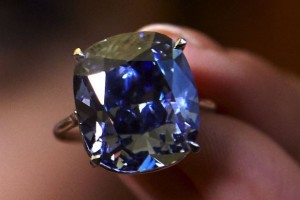 which has also delivered other beautiful diamonds. The diamond was discovered early 2014 but experts say they took five months to study the original diamond and three other months to give it a shape, cut and polish. The company behind the auction said in a video that the mine where it was found, is the only place where blue diamonds can be found and that only a small percentage of them come in that color.

Diamonds in different colors have caught the attention of buyers recently and experts say the market has grown a lot these last few months. The Blue Moon was estimated to go for around $35 to $55 million, reaching that number while breaking records at the same time.