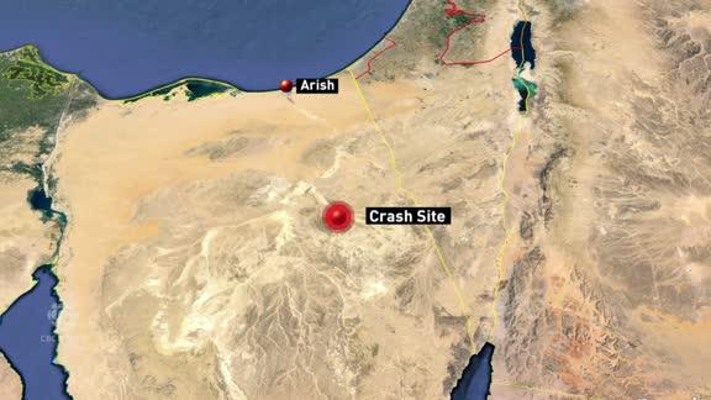 The Islamic State group recently took responsibility for a Russian plane that crashed in Egypt. In the crash, 224 people lost their lives.

Experts say the group has managed to set up doubts about what really caused the crash, despite not showing any evidence.

Egypt and Russia have downplayed the claims that an attack brought down the plane and US Director of National Intelligence James Clapper said he did not know of any direct evidence about this but did not rule it out.

Egyptian President Abdel Fattah al-Sisi has asked the sides to be patient until the investigation reveals what really happened.

Experts have pointed at mid-air disintegration as one of the likely causes for the tragedy. The plane, which took off on Saturday, disappeared from radar screens just 23 minutes in. Kogalymavia said earlier today that the crew totally lost control of the plane.

Analysts do not believe the groups claim about the plane being taken down because it was flying at a height of 30,000 feet. The company that was in charge of the flight insisted on Monday that the disaster was caused by external factors.

Professor Fawaz Gerges says the group has shaped the narrative about what happened to the plane. An affiliate of the group in Egypt, claimed that it took down the plane in revenge for Russia’s involvement in the conflict in Syria. Just a few weeks ago, the country announced that it would start launching airstrikes in areas controlled by the group and rebels.

The claims have been ruled out by some, but the area where the plane crashed has seen a number of battles. Mathieu Guidere, an expert on the subject, believes the claim is credible. He says the social media accounts where the claims were posted have never published anything false and that the statement carries the same style as the other things they’ve posted in the past.

The investigation is only a few days in but the most affected could be Egypt’s economy, which depends on tourism. Millions of tourists go there every year to visit the beaches. The industry, which has already been affected by the recent conflicts and instability, could mean millions of dollars lost for the country. Russian tour operators believe the impact won’t last too long as Egypt remains a popular destination for its residents.

Yury Barzykin, VP of the Russian Tour Industry Union, says that if the version about the attack is confirmed, there will be more concern but even then, if security measures are improved, there won’t be a huge impact.

What do you think about the claims and the ongoing investigation? Let us know in the comments.