The owners of almost 500,000 Volkswagen AG (ADR) (OTCMKTS:VLKAY) vehicles in the United States are eligible for $1,000 in gift cards and vouchers as the company looks for ways to make its customers happy after the emission scandal, which could soon cost the car maker billions of dollars.

The company announced the incentive earlier today. The scandal, which surfaced back in September when the car maker admitted that some of its vehicles were equipped with software that made it seem like its vehicles emitted less when being tested, is still going as investigators are looking at other vehicles.

The company has not delivered a fix and was recently in the news again when more cars were said to be equipped with the same software. The U.S. Environmental Protection Agency says the cars emit 10 to 40 times the amount allowed.

The $500 gift card can be used anywhere, while the $500 voucher can be used in dealerships around the country. The incentive also added in free roadside assistance for the next three years.

Michael Horn, the company’s CEO in the U.S, released a statement saying that they are working tirelessly to 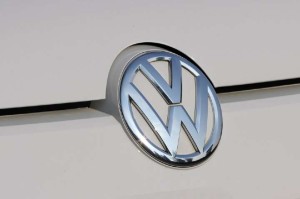 develop an approved remedy for the vehicles affected. He added that this incentive is the first step towards regaining customer trust.

Owners of dealerships welcomed the move and said this was a great thing to do after weeks of silence between the car maker and its customers. The incentive is a nice start but the company has a lot to do. A fix on the vehicles affected could hurt performance or even fuel mileage, which are one of the reasons customers buy their vehicles. There is currently more than 200 class-action lawsuits in the United States, claiming that the cars dropped in value after the emission scandal surfaced.

Owners of the vehicles can easily get the gift card and voucher. The company says they don’t have to sign anything when they ask for them. A spokeswoman for the company said there are no strings attached.

This is not the first incentive the company has given out recently, they are currently offering $2,000 to VW owners who want to trade in their cars for new vehicles. The company will soon launch the same offer for its Audi brand, which was also brought into the scandal a few days ago.

In Germany, the Transport Ministry said Monday that of the 2.4 million vehicles being recalled, about 20 percent will need hardware and software changes. The company will soon give out more details to the owners of these vehicles.

The company said recently that the software was designed by a small group of people and denied that its six-cylinder diesels were equipped with the same thing. VW is still talking to investigators and has not included these vehicles in the offers mentioned above.

The scandal could be very costly for the car maker, as they are facing fines for every car they sold equipped with the software in the United States. The company set aside a few billions when it all started but it looks like the number will fall short.