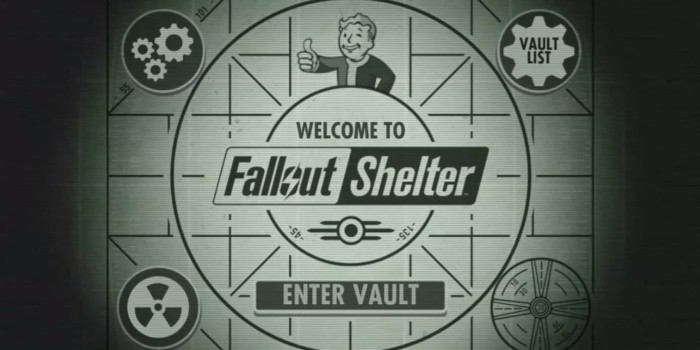 Fallout Shelter was released back in June, just a few hours after its announcement. Bethesda said the mobile game would be available for iOS users first, which meant that Android fans had to wait. The game broke records for the iOS and then for Android, becoming a nice surprise for the game developer. Bethesda said a few weeks after the release that they considered the success of Fallout Shelter a bonus. The little brother of the big title arriving in just a few hours, Fallout 4, has brought them millions.

On October 30, the annual Golden Joystick Awards honored the best video games of 2015 and Bethesda was one of the winners. According to MNR Daily, Fallout Shelter took the Best Mobile Game of The Year award. Bethesda’s creation to keep Fallout fans entertained until the next release was downloaded almost one million times in the two app stores combined. The announcement was not surprising as Fallout Shelter was a hit from the start and became even bigger after its release on Android.

Three days ago, Golden Joysticks tweeted out to Bethesda Studios, telling them that they had won the award for Best Mobile Game of The Year. Some of the other winners are: The Witcher 3: Wild Hunt (Best Storytelling, Best Visual Design, Best Gaming Moment and Ultimate Game of The Year), Bloodborne (Best Original Game, PlayStation Game of The Year), and Grand Theft Auto Online (Best Multiplayer Game).

Recently, Bethesda published a blog post with screenshots that show a few changes to the game. Fallout Shelter will now have better lighting and weather effects. The company claims that the screenshots highlight the improvements 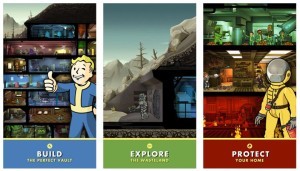 made to the game’s Creation Engine. A report released by Gamestop, said that Bethesda wanted objects and characters in the world to feel tactile and grounded. Bethesda added that they wanted to ensure that the light reflected differently in each material.

Bethesda also said that the game’s new renderer will allow the developers to make surfaces look a little more realistic. Last month, they surprised users with a Halloween theme update, which changed the look of the characters and backgrounds. The game developer also announced the release of a chat app called C.H.A.T (Communication Hub And Transmitter), which will give you a custom keyboard with over 60 Fallout emojis and animated GIFs.

Fallout Shelter will be joined by Fallout 4 in just a few hours. Bethesda’s big title has already received great reviews, despite the glitches and bugs, which range from framerate drops to crashes.

Fallout Shelter is available on iOS and Android while Fallout 4 will be hitting stores tomorrow for the PlayStation 4, Xbox One and PC.