GameStop Corp. (NYSE:GME), one of the biggest video game sellers in the United States, has revealed its Black Friday deals for this year. The company will offer $50 off the PlayStation 4 and Xbox One. The video game giant also plans to deliver a number of deals before and after Thanksgiving.

GameStop revealed its deals this morning. Stores will open their doors at 5 A.M on November 25th. Shoppers have to watch out for the discounts for the consoles as there have been two recently. The PS4 received a price cut just weeks ago and is now available for $349, $50 less from its launch price of $399.99. But there are a few like GameStop, who are offering another discount for the PS4, dropping it from $349 to $300. The company will also be offering the Xbox One Elite Console Bundle for $449. The Wii U Super Smash Bros and Splatoon Bundle that was announced days ago will sell for just $279. The 3DS XL will be available for $179 or if you pay $20 more you can get the 3DS XL Zelda Hyrule Edition for $199.

Need a controller? The PS4 DualShock Controller will be available for $39.99 and the Xbox One Lunar White 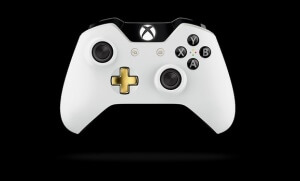 Controller will go for $45. The Black Friday deals for GameStop also include: FIFA 16, Madden 16, Need For Speed, Star Wars Battlefront and a few other titles for just $30 each.

GameStop will also be celebrating the arrival of Black Friday with some events the day before. The video game giant will give away Destiny: The Taken King Legendary Edition when customers buy the Call of Duty: Black Ops III PS4 Bundle. Beats Tour 2 headphones will sell for $79.99 and PS4 Cameras will be available for just $30.

Some deals will last until November 22. These are: All Skylanders Superchargers Starter Packs for $49.99, free game valued at up to $60 for those who buy Xbox One consoles and $100 in credit towards the purchase of a newer console when you trade in hardware.

The company is also lowering the prices of the Xbox 360 and PS3 to $99. This includes consoles of up to 160GB of storage. Titles such as Madden NFL 15 and Call of Duty: Ghosts will be available for $10. Those subscribed to the store will receive 50 percent more credit when they trade in their games and accessories.

GameStop’s Black Friday deals for this year are solid, especially for those who are trying to get a new console or even the older ones. The video game seller seems to be focusing less on the used electronics and is not offering as much as they did in past years. Its announcement on the deals didn’t include information on the tablets, iPods and other used devices. The company is offering deals on some collectible toys and figures from video game characters. But there is still some time left before the day arrives and the video game giant could surprise us with more deals.

Are you interested in GameStop’s deals? Let us know in the comments.