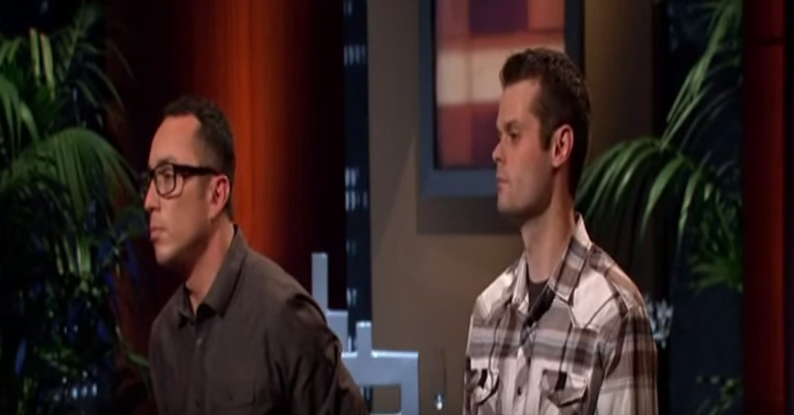 Neo Innovations is a company that provides unique tattoo removal with their product Black Magic IPL. It was founded by Nick Gonzales and Kevin Mack when Kevin realized there was a huge demand for tattoo removals as many customers were coming into his tattoo shop for removals rather than actual tattoos. IPL has been around for a long time, but Nick and Kevin were the first to use it to remove tattoos. This unique idea allowed them to slowly grow their business before coming on Shark Tank as their process had FDA approval. They were able to sell the product on Amazon and get a good amount of sales in a little over a year. They applied to be on Shark Tank hoping to continue the growth of the business as they needed capital to FDA approve the product along with the process and were invited for season four.

Nick and Kevin Mack entered the Tank seeking $80,000 for 20% of their company. Nick began by explaining the issue of half of tattoos being removed by consumers who originally liked the idea of getting a tattoo. Rather than going through the expensive, painful process, Nick and Kevin presented the solution with their product Black Magic IPL which breaks the tattoo in a laser treatment with less pain. It is done by placing the tip on the area one wants to treat which causes the tattoo to fade after a couple weeks. Kevin went up showed Robert an example of a tattoo he removed weeks ago which amazed Robert as it was done with one treatment. Nick and Kevin concluded their presentation by showing two balloons; one representing a tattoo removed underneath the skin while the other balloon represented removal around the skin like their product. When pulsing light on the latter balloon which was white, nothing happened as there were no pigments to collect the light energy, but when the light was hovered on the dark balloon, it immediately popped!

Kevin O’Leary questioned if the basic person could understand the reasoning behind why this product worked and if they would be smart enough to use it properly.  Nick confirmed that their product was for at home use, but their device does not pierce the layers of skin which makes it safe. Kevin Mack explained how he came up with the idea when he saw the demand from his shop and how the IPL light has been around forever, yet most didn’t know that it works for tattoo removal. Kevin O’Leary was interested in the numbers and Nick and Kevin Mack mentioned they had sold around twelve hundred units in one and a half year and they retail for around $139-$300. Nick mentioned they expected total sales of $200,000 by the end of the year.

Robert went back to the concern of the safety of the product and Nick and Kevin Mack confirmed that Robert could use it on himself with no help without getting hurt and confirmed that a major tattoo could likely be removed in one treatment if the person is healthy. Barbara wanted to know if the process was FDA approved. Nick and Zac also confirmed the process was, but it would cost them $20,000-$100,000 to approve the product. However, Barbara just couldn’t get behind the safety aspect and went out.

Mark loved the idea, but was also concerned with the safety aspect as he mentioned “I get sued for the craziest things.” Feeling that this product in his portfolio would also increase the amount of times he gets sued, he went out as well. Nick tried to defend their product by mentioning the science behind the product wasn’t anything new, but Mark confirmed that that wouldn’t affect the safety aspect of it and the fact that he was a target for lawsuits. After hearing Mark’s concern, Robert was even more worried about the safety issue than as before and also went out. Kevin mentioned he liked the business, but agreed with Mark’s point and went out as well. Nick and Kevin Mack tried to sell the safety behind the product such as the ease of turning it off. Unfortunately, this wouldn’t convince Daymond and he also went out for the same reason as the other Sharks.

Despite not getting a deal, Neo Innovations and their product Black Magic IPL still exists and can still be bought. It appears the company has not grown much, however, as the product is no longer sold on Amazon and the product does not appear to be in any retailers.

Nick and Kevin Mack did a great job at pitching their business and the benefits of their product to the Sharks, but could not get convince them about the safety aspect of it. Even if they had come in with a better track record, it is likely that the Sharks still would not have invested because of the lawsuit concern. This does teach future entrepreneurs, however, that safety concerns is a major issue for any investor and one should have all of these issues addressed beforehand with proven examples to show that there is little risk and the benefits outweigh it.

Where can I buy the product or service?

Currently, the product can be bought directly from the company’s new website at https://tattooremovalthatworks.com/shop/.

The product has mixed reviews on Amazon with some claiming it works and is a better alternative to the other choices while others claim it doesn’t work. Nick and Kevin have addressed most concerns that have come up in the reviews, however, showing they truly care for their customers.