Netflix, Inc. (NASDAQ:NFLX) CEO Reed Hastings has been focusing on adding more original content to the popular service. Many would think that the company is interested in news and live sports content but that is not the case.

Hastings said that the streaming service won’t get into news content. He made it clear that they are not considering this option by telling the New York Times that you don’t want to invest in things that are dying. He also denied the rumors and ideas about the service featuring live sports content.

Netflix has been keeping its customers happy with a great selection of shows and movies. Every month, the service adds and removes some of the content. It also offers original shows, which have caught the attention of viewers and have recently been nominated for awards. 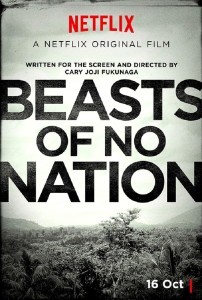 Netflix just released its comedy series, Masters of None, which was created by Aziz Ansari and Alan Yang, and features Ansari. It premiered yesterday and the season consists of ten episodes, which were all released at the same time. The launch comes just days after the release of Beasts of No Nation, which debuted on theaters and on the service at the same time. The war drama film was only screened in a few theaters but has received critical acclaim and has been praised for the performances of Elba and Attah.

Hastings recently talked about what the competition is missing and gave them a few words of advice. The outspoken CEO, talked about the business and said the challenge in the industry is that it’s very fragmented between cable networks and distributors. Hastings mentioned TV everywhere, which is the key to catching the attention of customers, something its rivals have not been able to do.

The CEO doesn’t mind giving out ways or secrets on how to match Netflix because he is confident about the service and believes these companies won’t do it since they are facing many obstacles.

With the launch of Beasts of No Nation, the service has shown that it is all in on the original content and movie industry, a move that has angered theaters owners in the U.S because they are used to having films screen and then being released two or three months later.

What do you think about his comments? Is Netflix the best streaming service out there? Let us know in the comments.