Amazon.com, Inc. (NASDAQ:AMZN) is one of the biggest retailers in the United States and around the world. The site, which offers great deals and discounts, is visited by thousands of customers every day. But the retailer is not the same around the world and a new study just revealed the differences.

According to the ones behind the report, Forrester Research, Inc. (NASDAQ:FORR), the retailer is a favorite around the world but the shopping experience can vary a little, depending on the country you’re living in. In some places, Amazon Prime is not available, or doesn’t offer all the things. In the United States, Amazon Prime offers everything. The service is not available in Spain but will soon arrive to India. In Canada, Amazon Prime offers a little less compared to the U.S, according to the Forrester report.

The report also mentions the things that affect the experience, which are mostly from factories being far away from a country or area. Europeans surveyed by the research company do not like that a gift card purchased in one country can’t be used in another. British users also talked about the problems they have when it comes to tracking a package, something that was not mentioned by American Amazon shoppers.

But those things are not enough for many to consider other options, the retailer has received praise around the world. The study says Amazon shoppers like that the company fixes the small problems and errors without question, which makes customers come back and keep shopping.

Amazon has changed these last few years. The company offers Amazon Prime, which includes music, movies, series and will soon offer restaurant deliveries across the United States. The service costs just $99 a year. In the U.K, the membership recently received a price cut. Prime will be useful for the members during Black Friday, the company will give them the deals 30 minutes 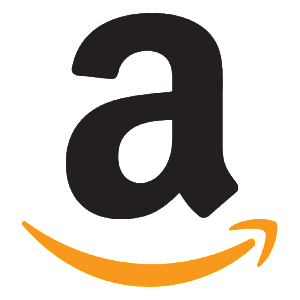 before the regular customers. The membership will be available at a discounted price in the U.K until November 18.

Amazon is currently offering great deals and will offer many more at the end of the month. The retailer has already announced that it will drop its newest Fire tablet from $50 to $35 starting November 26. A few other products made by the company will also receive a price cut during that time.

Is Amazon your number one option when it comes to shopping? Do you use Amazon outside of the U.S? Let us know in the comments.