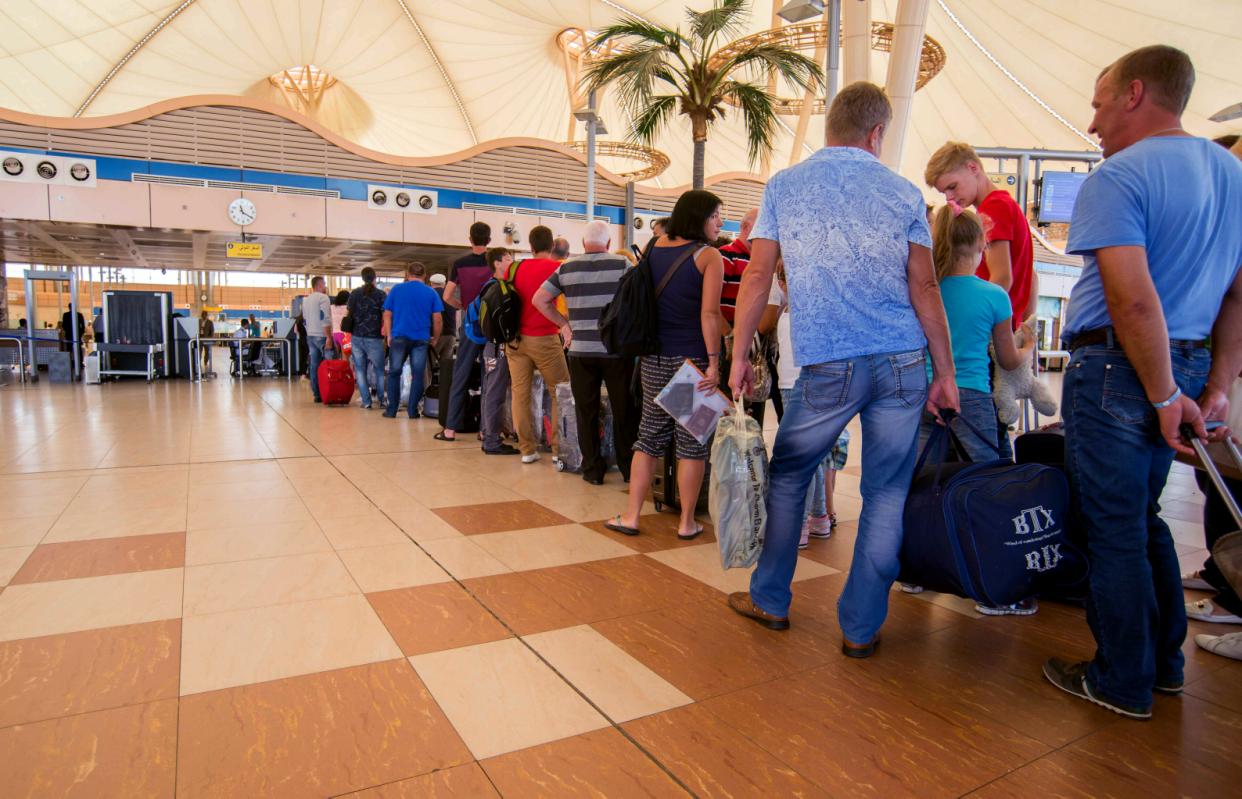 Russia has decided to suspend all flights to Egypt until the cause of last week’s crash is determined. Pieces of the wreckage have been taken to the country to determine what really happened and see if there is traces of explosives.

The suspension came just days after British and American officials said that the crash could have been caused by a bomb brought on board. The plane, which crashed just 23 minutes after taking off, was carrying 224 passengers. Russian and Egyptian officials had not said anything about the cause of the crash because they believed it was too soon to know what really happened.

Russia’s flight suspension is for all of Egypt and goes a bit further than Britain’s decision to only suspend flights to that airport. Officials confirmed that parts of the plane had been brought to Moscow for tests. They believe those pieces could be the ones to show if there was really an explosive on board.

In the airport, Britain is trying to do all it can to bring back its residents. Hundreds of them are stranded and the new security measures are not helping. Many of them showed their discontent and had things to say to U.K. Ambassador John Casson, who made an appearance to talk to the crowd.

Britain suspended flights on Wednesday, saying there was a possibility that the plane that crashed last Saturday, was taken down by a bomb. The flights started again today but passengers were only allowed to take carry-on bags with them.

Egypt stopped some of the flights because there was too much baggage. Egypt’s civil aviation minister, said only eight flights would leave to the U.K on Friday, way less than the 29 planned.

Casson told the tourists wanting to go back that authorities would continue to work until they had everybody home. He added that there are challenging, difficult issues to work through and that they need to make sure that people leave in a way that is safe.

Earlier today, Egyptian authorities had security checks and inspected each vehicle that came by. Russia and Egypt have not really agreed with the suggestions that a bomb may have been the cause, saying an investigation must be done before there is a conclusion. The suspension has stranded hundreds of tourists at the airport and those leaving are only allowed to carry hand baggage.

Some of the tourists have been waiting since Wednesday and said they are anxious to get home. The British Department for Transport said travelers should not go to the airport unless they have a confirmed flight. Other airlines are also instructing passengers to come with hand luggage, despite not having flights in that airport. This is happening in Cairo, where one airline said the decision was taken out of precaution.

Egypt maintains there is nothing wrong with the airport but the crash could really affect its tourism, which is a big part of the economy and sees thousands of visitors every year.