We have all heard about the new self-driving vehicles, which Google has put into the spotlight within the past few years, and other companies are now getting onto the self-driving vehicle bandwagon. There was a lot of selling points to these self-driving vehicles, including that the thought was they were much safer than your traditional car with a person driving. This is because real people get distracted texting or talking on the phone, and self-driving cars eliminate someone getting behind the wheel drunk. 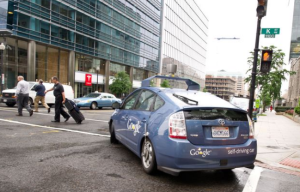 There is also a little uncertainty when it comes to how many accidents the conventional cars get into, since sometimes drivers do not report the accidents if there is minor damage to one or both of the cars. The Department of Transportation does estimate that there are a specific number of unreported accidents to try to adjust for that but those numbers might be really off compared to the real numbers of people who do not report accidents. When you look at the self-driving cars, the companies have to report each and every accident, thus it makes it easier to get a concrete number and very accurate data.

Another issue is that self-driving cars do not end up in all of the challenging situations that real human drivers have to deal with while on the roadways. In this particular study, the data all came from California and Texas and those similar states, which have milder winters compared to the states like New York and Pennsylvania where you have a ton of snow and ice to deal with in the winter. There is also the issue of the self-driving cars likely not being used in the same high-traffic situations that real drivers have to deal with, which makes it less likely they will get into accidents.