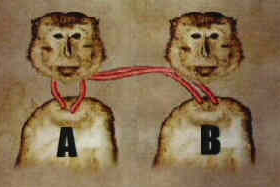 A head transplant seems like something you’d see in a science fiction film. Almost a hundred years ago a scientist succeeded in grafting one dog’s head onto another dog’s neck. The dogs did not live very long but until a little while ago it was the closest we had come to a head transplant. We have successfully done head transplants on mice but never on a more human-like creature. That, of course, is where the challenge comes in.

Researchers located at the Harbin Medical University in China are confident that they can do better than a simple mouse head transplant and can do a head transplant on a monkey. Of course, simply putting one animal’s head on another animal is no feat. The body of the original animal and the transplanted head would have to be connected via the spinal cord and the animal will have to be able to survive for at least a short period of time. Only some of the nerves will be reconnected by they are theorized to be enough to have automatic functions, such as breathing.

As you may have thought, an experiment like this one is full of ethical questions and concerns. Many people understand that animals must be tested on to keep people safe but in this particular situation in which the animal is unlikely to live very long brings up even more concerns. Is this for the betterment of the human race or is it simply abusing animals?

If this all works out according to plan, this may be a big step in human history. When someone is so sick that

they are experiencing multi organ failure a head transplant may be a potential way in the future that a person like that could continue to live. In fact, Sergio Canavero is a neurosurgeon who has vowed to attempt a human head transplant within two years. Dr. Canavero has already located a volunteer for the first every headtransplant: Valery Spiridonov. Mr. Spiridonov is a terminally ill man from Russia and says he wants to help make a scientific breakthrough. According to Dr. Canavero’s math the head transplant would cost about $15 million and is likely to take place in China or the United States. 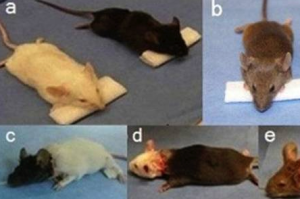 Andy Debolt
Andy is a graduate of the University of Minnesota with a Bachelors Degree in Journalism. When he isn't writing Andy enjoys water sports and spending time on the golf course.
RELATED ARTICLES
Science