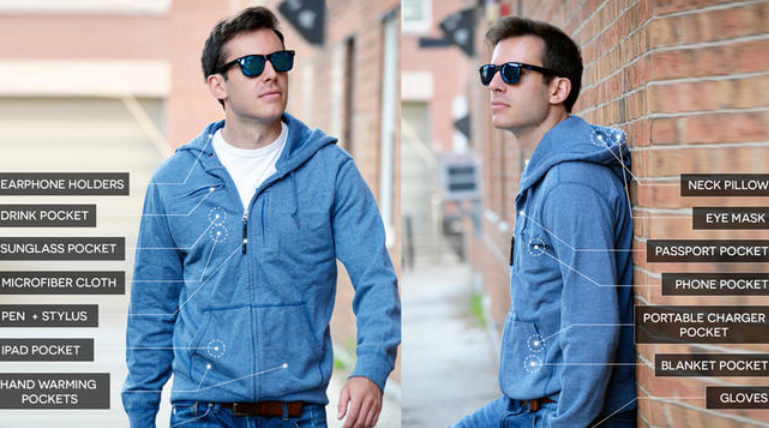 Baubax might be one of the hottest crowdfunding campaigns to ever happen this summer when over $9 million was earned through Kickstarter, but things are now getting a little rocky for the Kickstarter campaign. There have been some shipping delays and a lot of communication issues going on lately, which is causing a lot of frustration to build in terms of the backers of the Baubax campaign.

Co-founder and CEO of Baubax is Hiral Sanghavi, and he was based out of Chicago during the beginning of the whole event. He went on to raise about $10.8 million when he started accepting the pre-orders through Indiegogo. The Baubax campaign first sought out $20,000 so it was not anticipated that the Baubax Kickstarter would earn or generate that much interest. It was due to the overwhelming positive outcome of the Kickstarter that Baubax ended up missing the promised ship date of November. 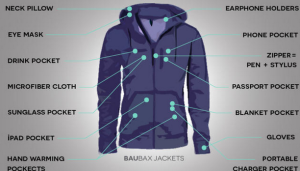 Sanghavi said that he was disappointed in his team because it was unfortunate that they could not ship when they had promised. He said also that it was disappointing they could not ship in time for Christmas either. Baubax ended up becoming the fourth largest Kickstarter ever on the platform and was Chicago’s largest ever, and this was way too overwhelming for the company. Sanghavi said that this promised November shipping date was projected well before the start of the Kickstarter and that the success just made this impossible to do.

In late November, Baubax went onto Kickstarter in order to say that 70,000 jackets that were ordered would begin shipping out in batches in January. The Indiegogo backers that were involved in the pre-orders would then get theirs in February, according to Sanghavi. There currently are 10 factories that the company is working with right now. Seven of these factories are for garments, while one is for neck pillows, another is for gloves, and the last one is for pens. All of these factories will create the four styles of the jackets which are available for both men and women. These jackets all have 15 different features, and that has led it to be dubbed the Swiss Army Knife of jackets.

Sanghavi said that there was a trial batch of jackets that were just shipped out of Baubax’s Hong Kong warehouse a week ago and that they should get to the backers sometime in January. Baubax had to first use a small batch to ensure that the logistics were worked out before the mass production of thousands of jackets happened. Sanghavi said that is was important to get the quality of the product right for the customer instead of trying to hurry and just ship out the thousands of jackets without the quality promise. When you look at a small company and the positive Kickstarter campaign, this does make sense because you want to ensure that the people are getting a good product regardless of whether or not that means you are over your deadline, as a negative quality product could mean doom for your company.

The Delay for Baubax Grows

All of the backers who ordered a single style jacket will get theirs before the combination orders. This means if you ordered a blazer and a bomber jacket, then you get that in February because it takes longer to produce than just the single style of jacket. When you look at Kickstarter campaigns and other crowdfunding, it is not uncommon for there to be a delay and a lot of times products are shipped or delivered months after the initial promise. Sometimes the company goes out of business and the product is not ever shipped out ever.

When it comes to Baubax, the customers are posting messages on social media and also on the Kickstarter page asking where the items are. Some question if the product is really being produced while others are venting about lack of communication and inability to get through to the compay. Sanghavi insists it is in production and that everyone should have their jackets by February.