The Best 80’s Pop Songs You Forgot About 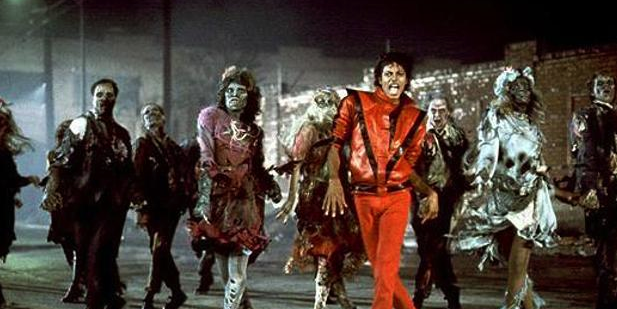 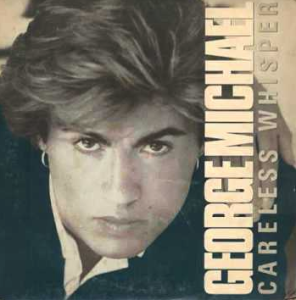 The start of the 80s saw the decline of disco and the rise of various genres like dance music, new wave, and pop. Rock music remained popular due to its massive audience, and glam metal emerged as the new worldwide trend. Also, with the innovations in technology, music quality has greatly improved compared to the past decades.

If you find yourself missing the tunes of the good old days, here is a list of some of the songs that dominated the airwaves three decades ago:

Perhaps well-known for its saxophone riff, “Careless Whisper” was released in 1984 and is also part of Wham!’s Make It Big album, as George Michael was still part of the duo. The song has two versions in existence, one produced by Michael himself and released to the public, and the other produced by Jerry Wexler which was released as a B-side special version. It entered as number 12 in the UK singles chart and climbed up to number one after two weeks, sat there for three weeks, and became the fifth best-selling single in the United Kingdom for that year.  It hit the number one spot in the charts of 25 countries, and reached the same in Billboard Hot 100 for three weeks until the song was eventually named as Billboard’s number one song of 1985.

(I Just) Died in Your Arms – Cutting Crew

The song was first released in the United Kingdom in 1986 and became number four at the charts. It then saw its US release in 1987 and skyrocketed to the number one spot at the charts for two weeks, and three weeks in Canada. In Billboard’s Mainstream Rock Tracks it reached number four, and in the same magazine’s Hot Adult Contemporary Tracks it was number 24. Interestingly, the song’s title and its related lines were conceived by vocalist Nick Van Eede while he made love with his girlfriend and was based on the French phrase “la petite mort” or an idiom for orgasm.

Don’t You (Forget About Me) – Simple Minds

Used as the opening and closing credits theme song of the movie The Breakfast Club in 1985, the song was also the band’s only number one hit on Billboard Top Rock Tracks. It reached number seven on the United Kingdom and remained in the charts for two years; the length of its stay was hailed as one of the longest time spans for a single in the charts.  The song was also released in two versions: a four minute version which was used in the movie, and a six minute one released on a 12-inch single gramophone record with a longer ending and a repeat of the song’s bridge.

Eye of the Tiger – Survivor 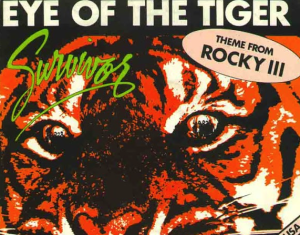 The song was written at the request of Sylvester Stallone for Rocky III where he plays the main character, as he was unable to obtain permission to use “Another One Bites the Dust” by Queen for the movie. Aside from that, the song was also used as the theme song for the 1986 action / drama movie with the same name, Eye of the Tiger. Released in 1982, the song received worldwide acclaim and was consistently on the airwaves. For six weeks it sat on number one at the Billboard Hot 100 and was also crowned as the number two single of 1982. Its sale of almost 2 million vinyl copies earned the song certified platinum from the RIAA in the same year.

Livin’ on a Prayer – Bon Jovi

Bon Jovi actually did not like the song’s original incarnation until lead guitarist Richie Sambora talked him into reworking the song with new drum fills, bass line, and utilizing a talk box to modify sounds. The song was then included in their album Slippery When Wet which was released in 1986, with an ending that’s different from its original studio version (repeat of intro riff and a talk box solo unlike the album version’s fade ending).  Its lyrics pertain to Tommy and Gina, a hardworking couple who maintained their relationship by making ends meet. “Livin’ on a Prayer” became number one at the Billboard Hot 100 and spent four weeks on that spot, and the same spot on the Mainstream Rock Tracks music chart for two weeks. It was also voted number one on The 100 Greatest Songs of the ‘80s list by VH1, and is regarded as the band’s signature song.

Released in 1987 as part of Suzanne Vega’s album Solitude Standing, the song’s lyrics deals with child abuse while its seemingly happy tune acts as a metaphor for denial of the abuse. “Luka” managed to reach the number three spot in Billboard Hot 100 and remains as her highest-charting song in the United States,  and also earned three Grammy nominations in 1988 (Best Female Pop Vocal Performance, Record of the Year, and Song of the Year). Vega also released the song performed in Spanish. More recently, she released a “follow-up” of the song in her 2014 album Tales from the Realm of the Queen of Pentacles titled “Song of the Stoic” where Luka looks back on his life.

The band’s third album, Turn Back, suffered from disappointing sales. Toto was then pressured by their record company to produce a more successful record. In 1982, the album Toto IV was released and its opening track “Rosanna” ensured the start of a very successful era for the band.  David Paich, the band’s keyboardist and founding member, claimed that the song was based on the girls he knew. The song won a Grammy Award for Record of the Year in 1983, sold a million copies, and sat on the number two spot of Billboard Hot 100 for a straight five weeks.

Take My Breath Away – Berlin

Best known for being the love song of the 1986 action film Top Gun, “Take My Breath Away” topped the charts in different regions and landed on the number 20 spot of Billboard Hot 100. Originally the song was offered by its writer, Giorgio Moroder, to the new wave band The Motels. They performed the demo of the song (which can be found in their album Anthologyland) but the rendition of Berlin was the one chosen to be featured on the film. It also won two awards in the same year namely the Academy Award for Best Original Song and Golden Globe Award for Best Original Song.

Released in 1986 as part of their album with the same name as the song, “The Final Countdown” received mixed reactions from the band members after listening to its demo version. Vocalist Joey Tempest insisted on using the song and, upon release, the band was surprised that the song became a hit. It reached the top 10 of the Billboard Hot 100 chart and number 18 on the Billboard Album Rock Tracks and remained so until the 20th week, only to be surpassed by the band’s next song “Superstitious”. Its lyrics make heavy use of science fiction elements and were inspired by the song “Space Oddity” by David Bowie. 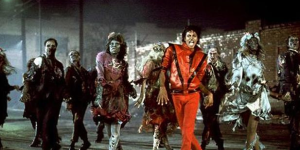 Best known for its horror themes, sound effects, the talking part at the end, and a long music video featuring dancing zombies, “Thriller” gained both critical acclaim and some criticism. Originally titled as “Starlight”, the song was changed to its current title and was released in 1983 in several countries and 1984 in the United States. The song was described by music critics as a “frighteningly great single” and peaked on the Billboard Dance Music/Club Play Singles Chart. Four weeks after its release it hit number four on Billboard Hot 100 and certified platinum by RIAA on 1989 after one million copies worth of sales. It also peaked on several other charts such as Australia’s Kent Music Report, the Belgian VRT Top 30, Irish Singles Chart, and the Netherlands’ Dutch Top 40. The music video was well-received yet criticized by the National Coalition on Television Violence (NCTV) because of its violent content.

Lyricist Jim Steinman presented three songs, with the third one (along with Rory Dodd, who will eventually become the second voice in the song) being “Total Eclipse of the Heart”. Its full length ran for seven minutes, but was reduced to four as its original length was deemed not ideal for radio. The song’s original title was “Vampires in Love” because Steinman worked on a musical based on Nosferatu, hence the themes of darkness and its power on the song’s lyrics. Critical reception was all positive for the song and was one of Tyler’s best-selling singles of all time. It landed on number six on the Billboard Year-End Hot 100 Singles of 1983, sold up to six million physical copies, and was certified platinum by the Recording Industry Association of America (RIAA). Tyler then became the first and the only Welsh singer to earn a number one spot on the Billboard Hot 100.