“Clash of Clans” is really popular among the gaming community, but the Town Hall 11 features and updates of the past week have really upset some of the more valuable and skilled players. Due to the outrage of many players, along with some general bugs and glitches, “Clash of Clans” has gotten another update addressing these concerns.

This new update to “Clash of Clans” comes as another download you can choose to install, and it includes a winter theme along with a personal break time monitor. Some of the fixes that are in this new optional update are just minor normal updates and fixes. When you look at the Supercell forums, the company goes into very deep detail about what the new update, which is optional, will give you if you install it. 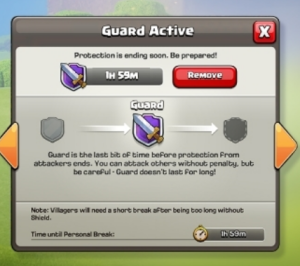 One of the biggest features to hit “Clash of Clans” with this update is that you get a new information screen that will display just how much time you have left before you have to take a personal break. This is opened easily by the gamers just by tapping on the shield icon. You will notice that these changes are not super important, such as having a new badge in the deployment bar which you can access in order to view spells. The biggest thing is that it will make a lot of the new changes that were implemented in Town Hall 11 easier to view and track.

You will notice visually that this new “Clash of Clans” update gives you a new winter theme, which of course is to celebrate Christmas and the overall positivity of the holiday season. If you apply the winter theme the troops will have white and red garb on and it will make things a little more cheerful and festive. If you are using this new “Clash of Clans” winter theme and find that it is too distracting, you can always go back and disable the theme, so no big deal if you end up hating it.

This “Clash of Clans” update is optional, which means you do not have to download it if you do not want to, but it will also fix some crash issues and improve stability of the game overall. This is the second major change that has come to “Clash of Clans” since the Town Hall 11 update, which is due to the intense outrage and backlash from the gamers. The Supercell developers seem to be trying to fix the issues that the gamers have taken issue with and are appearing to try to recify the situation piece by piece.

One of the biggest issues from the Town Hall 11 update was that the personal break timer had previously been used by gamers to help them make and use specific strategies. The personal break timer was supposed to “level the playing field” for players who were unable to stay logged into the game as much, but it ended up causing more trouble for players. The players were sometimes denied access to the game during important moments in the game. After backlash the personal break ceiling is now extended by one hour and the shieldless defense time also was increased to 30 minutes. Previously that was 15 minutes, and it seems that most gamers have been more okay with the compromise, but still issues linger from that update and the backlash that ensued.

The update to “Clash of Clans” today and the addition of the personal break monitor seems to be Supercell saying to fans they are willing to do what it takes to get them back into the game and make them happy. This will also give the hardcore gamers out there a way to calculate their strategies around the new break timer setup. You can get both types of updates for both Android and iOS right now, including the new optional update with the winter theme.