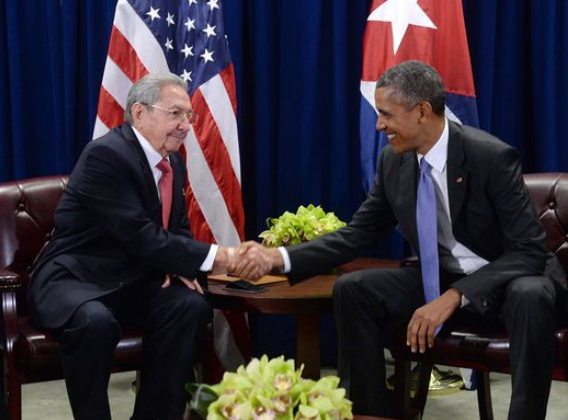 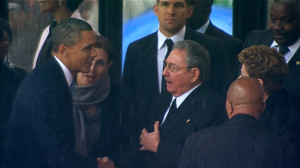 The $1.9 billion in negotiation right now include various buildings and properties, such as ranches that were claimed by the U.S. Foreign Claims Settlement Commission. This is a sector within the Department of Justice that basically adjudicates the claims against various foreign governments. When you think of the money involved here, in the monetary value of today these claims are actually worth $8 billion. While America has many claims, there are claims being made by Cuba as well, such as reparations from the U.S. embargo and the many adverse effects of that. Cuba is also claiming human damage which includes the Bay of Pigs Invasion, and in the Bay of Pigs 176 Cubans died and over 300 Cubans were injured. On top of that there was a plane that crashed in a 1976 shoot-down which killed 73 on the plane, and 57 Cubans were on that plane.

This is the first step in a long process according to the U.S. State Department, but the State Department said that getting these claims resolved is a huge priority in the steps towards normalization. This is the first meeting, which means both sides will begin talking and exchange needed information on these claims, which then allows the process to move forward. Even more surprising is that Cuba said the accumulated damages as a result of American hostility totals up to $833.75 billion. Some of these claims include various court judgments against Cuba and various American government claims, along with the embargo situation.

This delegation for the United States will be assigned to Mary McLeod, who will be the legal adviser for the State Department. Ever since the December 2014 announcement of normalization between the two countries, both countries have been trying to reestablish the diplomatic ties. This includes opening embassies and also working through various issues, but the claims is the biggest issue that the sides have talked about to this point, and is more in-depth than the other issues. Everyone knew that the claims would come up at some point in time, since that is how things progress, and many say it is long overdue. When you have claims, you also have counter-claims, so neither side should be surprised by that from either side. In terms of how this will work out, Cuba is not going to be a very simple or easy negotiator, and it will likely be very tough and long negotiation for both sides.

When you look at the Cuban counter-claims, some of them are nothing and have no process under international law, with specific damages like the embargo not being recognized through the law. One good thing for the United States is that they hold most of the chips since America can have any trade restrictions that it wants to, and this is in order to protect the citizens. This means that while Cuba might think they have the upper hand in this situation, really the United States does, since there are not that many laws regulating the United States and the embargo situation. Since we are talking about very long claims, a lot of those people who had the original claims have died. This means that their heirs get the claims now, and these people might not know about the claims that were made and they have to be found as well.