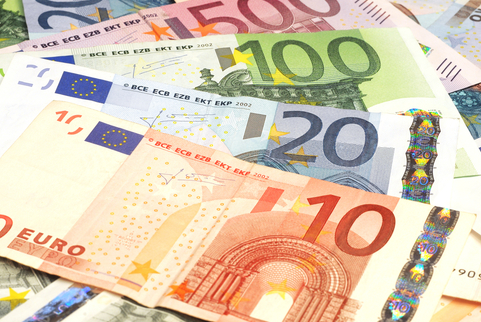 The euro is set to fall to lows of $1.07 in 2016 as the amounts of euro-region government bonds that had ended up yielding less than 0 was at $1.68 trillion. This is bad news both for the euro when going against the dollar and for the euro regions as a whole. This is because investors are now seeing this as a possible sign that there will be more monetary easing coming in 2016. This is a bad sign for the euro as it continues to struggle.

Obviously the more monetary easing there is in the European countries the more devalued the euro will become, and the stronger the dollar will rise against the euro. There will be more QE acquisitions starting on January 4, 2016, which will be the government bonds from Portugal to Germany. These government bonds will also be supported by the $1.5 trillion euro monetary program, and this means that the euro is likely to quickly begin falling against the dollar. These government bonds will continue to be supported by the program until March 2017. 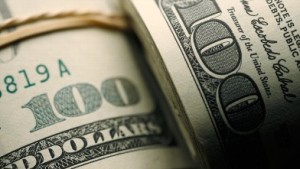 When you think about the euro and the monetary policy that will be continuing as things resume, this means that the euro will likely have an entire year of low prices due to the quantitative easing going on. As you look right now there is about 26 percent of all sovereign bonds that are at or below that 0 percent threshold in terms of yield, and this is likely to go up in the coming months. These purchases all began in march of this year, and it really is putting a lot of the securities off of the table at this point. This is because all of the yields are so low that they cannot be purchased, and this means that the issued value of these bonds is bringing up less yield than the -.3 percent deposit rate of the European Central Bank.

Since the yield is less than the deposit rate, the European Central Bank cannot get these bonds in acquisition as they are ineligible. As a whole, this accounts for about $616 billion out of the $6.35 trillion in the Eurozone Sovereign Bond Index. The lower oil prices are also harming the euro because it is making it more unlikely that the European Central Bank will go away from the policy stance it has maintained this year. The European Central Bank is trying to make an inflation goal of around 2 percent, which would help get to the principal of the asset-purchase program.

A lot of these sub-zero-yielding securities are putting things at a standstill and creating a negative feeling towards the euro since it makes it seem that there is not any substance in the inflation at this point in time. Owen Callan, who is a fixed income strategist said that this means the European Central Bank will be standing there ready to put more quantitative easing into place in 2016 if needed. It looks like at this point it will be needed because of how these bonds are not putting out any yield and it is crushing the economy and the euro. The zero percent security which is due in December 2017 was sitting at 100.665 percent of face value back on December 23 this year. The yield has not been positive actually since August 2014, which is a really bad sign for the euro in the year to come. The German two-year note had a yield of -.337 percent on December 23 as well.

Callan seems to think that the biggest indicator at this point for both the European Central Bank and the euro itself is crude oil. A lot of the investors and markets are looking to see what oil is doing and that the oil will likely dictate whether or not there will be more quantitative easing in the euro-regions in 2016.