ISIS has attacked Northern Iraq in what is seen at the first major attack in over five months, and this is leading to more fears of ISIS taking hold in the Middle East. ISIS ended up using a three-pronged attack both east and north of Mosul. This was an attack that was meant to show how ISIS is still a hugeq force to be reckoned with over in Iraq, and could also be intended to mess with the American-led coalition efforts. 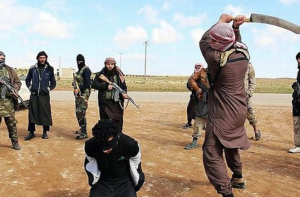 The attack was however stopped somewhat by both American and allied forces, which were calling in airstrikes. The merga fighters, which are the Kurdish fighters also were involved in trying to stop ISIS attacking the area. The bad news is that during the fight some Kurdish fighters were killed. The senior American officer in northern Iraq, Brig. Gen. Mark Odom, said that the objective seemed to be to conduct what is known as a spoiling attack. Mosul is Iraq’s second-largest city and has been under ISIS rule since June 2014 when the area was caputured by ISIS fighters. There is going to eventually be a battle by the American-led coalition to try to retake the area.

According to General Odom, these attacks were the most significant since July 6, and they were very coordinated. ISIS had about 80 to 120 fighters per each area, focusing the assaults on Tal Aswad, Narwan, and Bashiqa. During each assault, the fighters had moved in small formation and used trucks with machine guns that were mounted on the tops of them. Of course, the vehicles that were used in these well thought out attacks were suicide bombers, thus they were more than willing to die for their cause.

The American officials had said that about 180 of the ISIS fighters have been killed in airstrikes, w hich were carried out by the French aircrafts, along with American and British aircrafts. The bombing went on for hours and the American officials also belive that the merga fighters ended up killing even hundreds more of these militant ISIS fighters although no exact numbers were known at the time. In terms of what all of this means, it raises the question on whether or not America and American-led coalitions should now be taking a backseat at tehse merga fighters seem to have everything under control. Since they are doing such a good job at killing the ISIS fighters, people are now thinking they can take over the main fighting.

The Kurdish officials said that now more than ever they need more ammunition, more specialized equipment, and more armored vehicles. They said that no one can underestimate ISIS and this attack shows that, and also request more air and ground support due to the attacks and capabilities of ISIS. America has promised to give equipment and weapons for two new combat brigades if the Kurdish follow through on their promises to integrate units from both political parties. That would be the Patrotic Union of Kurdistan and also the Kurdistan Democratic Party. They have said though that this would be too time-consuming and costly, which means that they do not plan on doing that at this time. President Barack Obama seems inclined though to still follow through on the American end of the deal and send more equipment to the area. The expectation of course was made clear, which was that this equipment America sends will have to be used by the Kurds after Ramadi is taken back from ISIS, and it would be used for the encirclement of Mosul.

For Iraq, it is all complicated because Turkey sent around 1,000 troops to the area and some tanks to reinforce about 200 of the Turkish soldiers. These Turkish troops in the area is raising tensions between Turkey and Iraq, and both sides were fighting with one another recently. The issue is that it is going to be hard to fight ISIS in the area when you have some groups such as Turkey and Iraq trying to fight one another, so they will have to come together for the greater good in this case, which is to defeat ISIS.