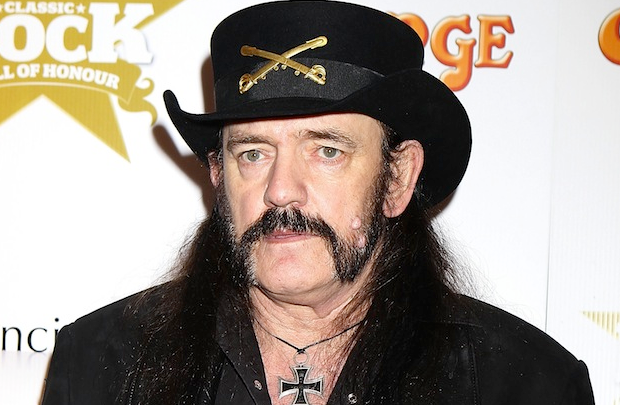 Lemmy Kilmister, born as Ian Fraser Kilmister, the singer and founding member of British metal band Motörhead has died at the age of 70. Known as “Lemmy” for a majority of his life, Lemmy was part of one of the biggest metal bands in history when back in 1975 he founded the band Motörhead. Throughout the years the British metal band went through many changes in the lineup, but Lemmy was the constant piece through the changes.

Lemmy just learned he had an aggressive form of cancer on December 26, and two days later is when he ended up dying in front of his television watching a video game. Lemmy had celebrated his 70th birthday a couple weeks ago at the Hard Rock with many iconic musical figures, and then a couple days later went to the doctor because his speech was slurred and he was not feeling well. It was thought he might have suffered a stroke, but when he got the test results back on December 26, he learned he had an aggressive cancer in which he was given less than 6 months to live. Lemmy also had other health issues including having a pacemaker put in and was a diabetic as well. The exact cause of death has not been determined, but it is thought to be related to the aggressive cancer diagnosis. Right now, no memorial service announcements have been made and it’s unclear whether it will be public or not.

Motörhead released 23 studio albums through the years, but the biggest single seemed to be “Ace of Spades” which came out back in 1980. Motörhead had a very fast and loud style, which was basically like nothing else ever seen before and Lemmy had a very meal growl vocally that became an iconic part of the music. Lemmy also played bass in Motörhead to an extent, although it was hard to hear him because of the music being so loud. 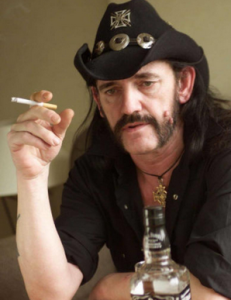 The high-rating record from Motörhead came from their live album release, which was “No Sleep ‘Til Hammersmith” and this went to number one on the UK album charts. For a band to have a number one live album, especially a heavy metal band, it was almost unheard of, but should show you just how amazing Motörhead was live in concert. Back in the 1980’s there was no autotune and no lip-synching like there is today, Motörhead was playing their own songs live and it was the real deal.

Both the second and third Motörhead albums were also highly rated and both were recorded back in 1979 as well. The album of Ace of Spades ended up going to number four on the UK charts and “Ace of Spades” itself wound up in the top 15 as a single. When you listen to Motörhead you can see why the band gets the credit in terms of being the band to bring speed metal and thrash into the spotlight, although Lemmy was one to never put Motörhead into a category. He said they were neither punk or metal and played shows for fans of all kinds of genres, including rock, punk, speed metal and more.

While Lemmy really was a force back in the day with his growl and stage presence as the lead singer for Motörhead, it was not Motörhead that earned Lemmy the most money through the years. If you did not know this little trivia, he actually wrote “Mamma I’m Coming Home” for Ozzy Osbourne in 1991. That song alone earned Lemmy more money than the entire catalog of music from Motörhead, and allowed him to cement his status as a legend and millionaire. A lot of people do not even know Lemmy was the songwriter for “Mamma I’m Coming Home” which turned out to be one of Ozzy’s most well known songs ever. Lemmy had always said that he did not want to have the lifestyle without the music or the music without the lifestyle, so with metal and rock came alcohol and smoking and everything else that goes with the music business.