What Interest Rate Hike Means For You 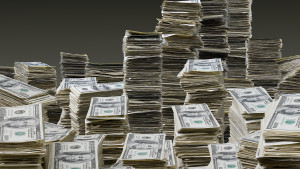 Lending Club is not the only company that will be raising interest rates as a result of the Federal Reserve hiking rates though. A lot of credit-card issuers have said that their prime rates will go up as well by .25 percent in order to keep in line with the key interest rate hike by the Federal Reserve. Lending Club has also said that they will keep the same edge between the credit-card rates and the loans as it always has. Lending Club has always been one of the top places for both borrowers and investors, and this move is sure to shake up some clients, but it could be good down the road.

If you have never heard of Lending Club, they are an online company that typically gets borrowers better rates than normal banks. One of the reasons for this is that online companies such as Lending Club often have lower costs. You go onto Lending Club and basically it gets borrowers and then sells their loans to various investors, which then allows Lending Club to earn money via collecting a small fee for the entire process. Basically Lending Club is a middle man between the borrower and the investor and hooks people up with the lowest rates possible. The move at Lending Club will allow the investors to get a better return rate on the new loans that they choose to purchase.

When you look at Lending Club this might be indicating a move towards a new dynamic in the peer-to-peer lending. Previously personal-finance websites and direct mail were the ways that companies like Lending Club would compete for new borrowers. At the same time investors were looking for yield in an environment where the interest rates were almost nothing. Chief Executive, Renaud Laplanche, spoke out saying that the higher interest rates would not slow down the growth of Lending Club at all because of more effective marketing techniques.

For investors that are part of Lending Club, the cost in terms of finding borrowers has always been a focus. That is one reason why the Lending Club stocks fell this year around 55 percent, even though it had a successful IPO in December 2014. This move could be seen as a strength for the company, but if other companies do not follow them then it will become a huge disadvantage. At this time it is not known whether or not other platforms will begin increasing their rates as well to follow the Federal Reserve interest rate hike. Laplanche said that this move is good because it distinguishes Lending Club from the bigger banks out there, which at this time could end up competing for both borrower and investor attention. Laplanche is convinced that they will still stand out among the competition.

Laplanche finished his statement by saying it will follow the Federal Reserve moves exactly, which means that if rates go up in a few months again, the rates at Lending Club will also move upward. The key here though is that other platforms also begin doing the same thing or else it could end up backfiring, but Laplanche seems very content and positive about the new move.