Limitations on Doctors Leaving Cuba Back Into Effect 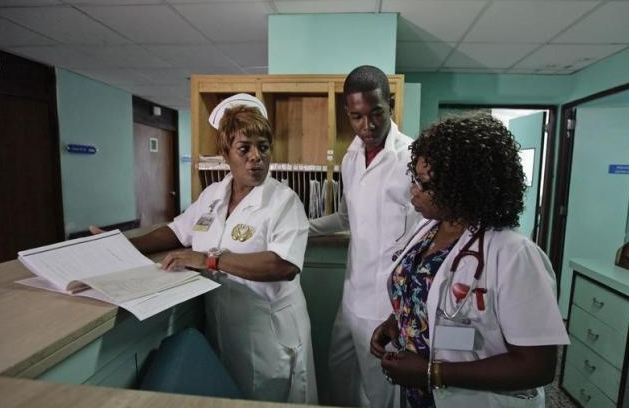 In what could be seen as a move backwards for Cuba, the country has just announced a decision to put limitations back on doctors who are leaving the country. Cuba has recently in the past few years been trying to modernize the country, such as the medical fields, but now Cuba is saying that the restrictions that were lifted back in 2013 are going back into place. 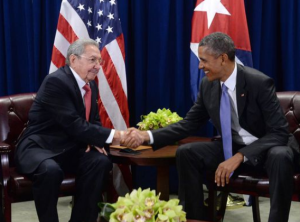 Cuba claims that the free healthcare and the universal healthcare system has been affected in serious ways as a result of the medical specialists leaving the country. Basically, Cuba is now saying that this is all a response to a program from the United States, which was designed to take specialists out of third world countries, like Cuba. The Cuban Medical Professional Parole Program, which has been around since 2006, has still been going on even though earlier in the year diplomatic relations with Cuba were restored by President Barack Obama.

There has been a huge crisis situation going on in Central America lately, because a bunch of the Cubans that are trying to get to America have been actually stuck at the various border crossings. That was the first restriction that was imposed on the emigration in Cuba, and now medical professionals will all need special permission in order to leave the country for personal travel. So basically there are now to Cuban emigration restrictions going on within a week of one another. The biggest issue is that Ecuador began required Cubans to have visas who were traveling to the country, which actually was one of the most popular routes that Cubans used to get into the United States.

Once these Cubans get into Ecuador, they have to cross eight different illegal border crossings in order to get into America. This journey actually is 4,400 miles, and then once they get to that point Cubans can get permanent residence with nearly no problems and also get preferential treatment, however because Cubans will now need a visa, this whole entire process will get more complicated. This means that there might be less immigrants coming into various countries, including America, because people are being stopped at these border crossings and are now stuck, as they do not have the visas that are now required to travel through the various nations on their quests.

There are 850 people in Panama stuck right now since they cannot get into Costa Rica, and Nicaragua ended up sealing off the border it has with Costa Rica, which ended up stranding about 4,000 Cubans. Nicaragua claimed that there was a huge spike in people trying to cross over back in November, which is now why the border is closed off. Cuba said that there are fundamental economic motivations for the exodus, but also then blamed the American politics and policies saying that Cubans were welcome but the neighboring countries immigrants were all facing deportation. Cuba is now demanding the provisions be eliminated as part of bilateral migration talks with all the head honchos in Washington, D.C.

When general immigration laws shifted back in 2013, the restrictions that Cuba had imposed on all of the doctors were lifted, as this gave the Cubans the freedom to leave whenever they wanted. The lift of these restrictions were not just for the medical professionals either. Previous to that it was nearly impossible for Cubans to leave the country and travel, and the ability of medical professionals to leave the country was even more difficult than on the regular Cubans who wanted out.

A lot of people do not know that Cuba ends up with a lot of export earnings because more than 50,000 health care workers leave to go to more than 60 countries, and that helps fund the healthcare in Cuba. This however also is making the doctor shortage worse, even though Cuba also sends out doctors on mercy missions throughout the world. The Cuban Medical Professional Parole Program has been encouraging more doctors to abandon these assignments overseas and instead wind up in America, which then cuts into the money Cuba is getting off of these assignments and missions.