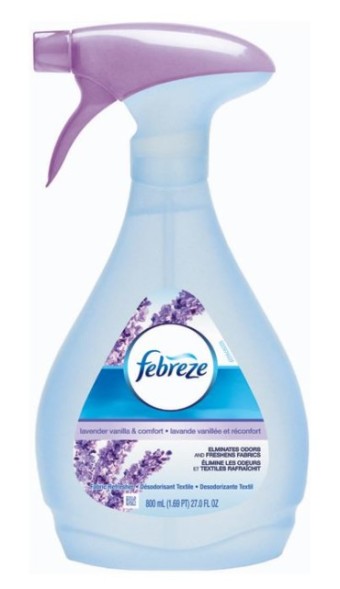 Walk into the room, smell the repulsive odors, take out a can of air freshener and spray every square inch of the area until the stink is gone. That is how television commercials portray the use of air fresheners in eliminating odor. We do it as well, hoping that the bad smells are finally eliminated after a spritz or two of our favorite air freshener.

Fresheners like Febreze are widely available in the market, promising effective odor elimination in a variety of scents. The thing is, Febreze does not actually eliminate the odors. Instead the odor molecules are only trapped in cyclodextrin, a chemical that is shaped like a ring. Your nose smells the cyclodextrin instead of the odors as they are now sealed in the chemical.

Aside from that, Febreze is loaded with other chemicals in its ingredients that do more harm than good. From allergens to carcinogens, the health risks are too numerous as proven by a study done by the research organization Environmental Working Group (EWG). In fact, the Febreze products rank C, D, and F (from a ranking system with A as the highest and F as the lowest) in EWG’s website.

Instead of using unsafe air fresheners, you can rely on natural ways to make your rooms smell better without worrying about whatever chemical floats down your lungs. Some of these alternatives even have added health benefits as well.

You can also combine essential oils to enhance their redolence and benefits. Here are a few combinations to choose from that you can use in an electric diffuser:

We personally use the following diffuser available here and have nothing but good things to say about it. If you end up getting an electric diffuser we recommend you get a variety pack of essential oils such as this set.  A set like this will literally last you 6 months to over a year based on how often you use it.

Here are some of the beneficial household plants so you can choose which one is right for your home:

Do you have other ways in eliminating odors? Have you tried these alternatives? Let us know in the comments below.