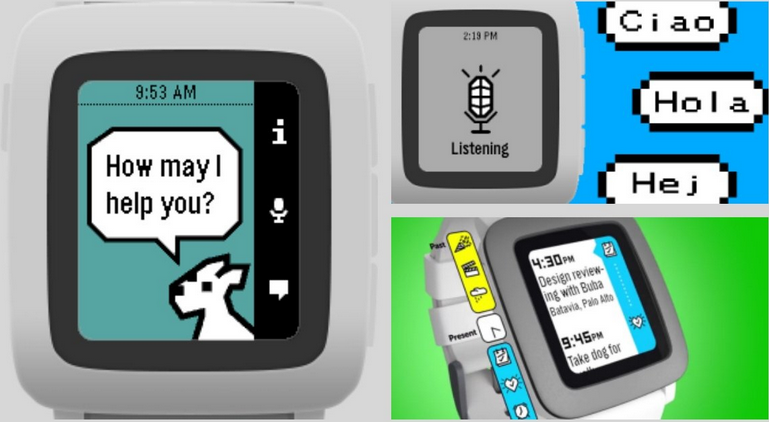 Pebble Time is getting to be one of the most sought after smartwatches out on the market right now, but in terms of what the smartwatch can do there are still quite a few limitations. When you look at the newer version of the Pebble smartwatches, you now have a built-in microphone, although basically you can only respond to the notifications using a short voice memo. While Pebble itself is not offering any native options for a digital assistant to match Siri or Google Now, a developer has indeed come up with a digital assistant you can get in app form called Snowy.

Since there is not a native digital assistant yet on Pebble Time, if you are looking for a digital assistant you will have to head over the the Pebble App Store to pick up this new digital assistant called Snowy. Snowy only works though with the Pebble Time, Pebble Time Steel and the Pebble Time Round because of the need for the microphone, which only these Pebble smartwatches have. When you look at Snowy, it can be more compared to Apple’s Siri due to the same type of dictation technology used in both Siri and Snowy. Snowy also can do quite a few things with voice commands, such as setting alarms, checking on sports scores, and also finding the date and time. You will also be able to find the weather forecast using Snowy, finding nearby places to grab a bite to eat, and also you can do math calculations using it as well. 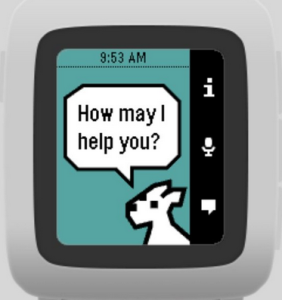 Some of the other cool aspects of Snowy is that it is also integrated into the Pebble Timeline feature, which means you can add events to your own calendar, take notes, and also arrange various reminders too with the digital assistant. This is also good because you will not have to do anything to setup Snowy with Pebble Timeline and it will make it so that you just download the app and instantly can use it without having to do integration yourself. Snowy includes IFTT support which means you also can control your smart home devices with the assistant and is compatible with Nest smart thermostats and Philips Hue lighting.

The downside though to Snowy in terms of the Pebble Time smartwatch is that it only is working in English. Even then though, if you have a Pebble Time smartwatch you still can translate various phrases into different languages, it just does not have the ability to run commands on other languages besides English. That translation feature would come in handy though if you are wearing your Pebble Time and traveling around the world and need some help with translation of phrases you come across in these other countries. The only issue with Snowy seems to be that sometimes you have to use a certain syntax in order to get the voice commands to work, so it can be tricky first starting out using Snowy the digital assistant.

Since this is not a native digital assistant with the Pebble Time or newer Pebble smartwatches, you will have to purchase the app through the Pebble App Store. The price for Snowy the digital assistant is $2.99 which is not too bad and it works with both iOS and Android smartphones. It does not take up much room either which is nice because even if you leave it running in the background then you will not have to worry too much about battery life or taking up room on your device.

It is not known right now whether Pebble will introduce a native digital assistant for any of the smartwatches in the future, including Pebble Time or Pebble Steel. This means that if you do want Siri-like capabilities on your Pebble Time product, then you would be better off just spending the $2.99 on Snowy right now in the Pebble App Store instead of waiting on any digital assistant to be releasesd from Pebble itself, as that might or might not ever happen.