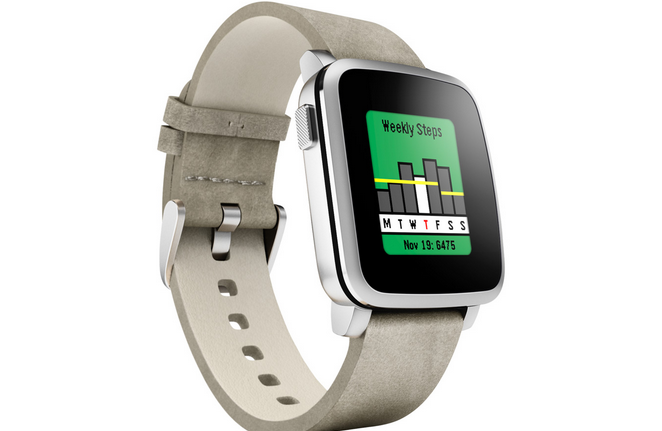 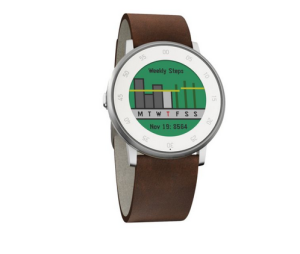 The Pebble Time tracking has previously worked with a variety of different applications, such as Jawbone and Misfit, but this required it to be running in the background. The newest firmware update which was version 3.8 just launched today, and with that you have the ability to get fitness tracking right on the smartwatch with no other application downloads needed. The operating system will automatically track fitness activity such as daily steps and sleep. You also can set your goals based on various things such as average performance.

Another thing that you can now get with the Pebble Time fitness tracking is that you can get weekly summaries, along with other statistics that have been used in other fitness applications. Think of all of the options and features that are native to the other fitness trackers and you basically have what Pebble Health will be using to help you track your fitness goals.

When it comes to Pebble, Pebble has promised that there will be even more features coming down the pike in the future, including things like cross-posting various activity to the Pebble Timeline. This is basically the day-at-a-glance feature that has been built into the newer Pebble smartwatches. This also means that there is a possibility one day of having the smartwatch tell you how well you slept compared to how busy your day was, although this is all still up in the air at this point.

Pebble did announce though that it would be collaborating with Stanford Wearable Health Lab to make more standards available for their products when it comes to sharing and collecting health data. This basically means that your Pebble Time smartwatch could be used for health data research purposes, but it is not known just how soon this collaboration will be completed and up and running on the smartwatches.

When you look at the new fitness tracking on Pebble Time, it can also be cross-synced with Apple Health and Google Fit. There will also be even more compatibility in the future with third-party fitness apps. The new firmware update will end up eating about 5 percent more battery life with the implementation of Pebble Health. The features of Pebble Health are going to only be available on Pebble Time, Pebble Time Steel, and Pebble Time Round smartwatches. This means that the older Pebble versions will not be able to get the fitness activity tracking capabilities.