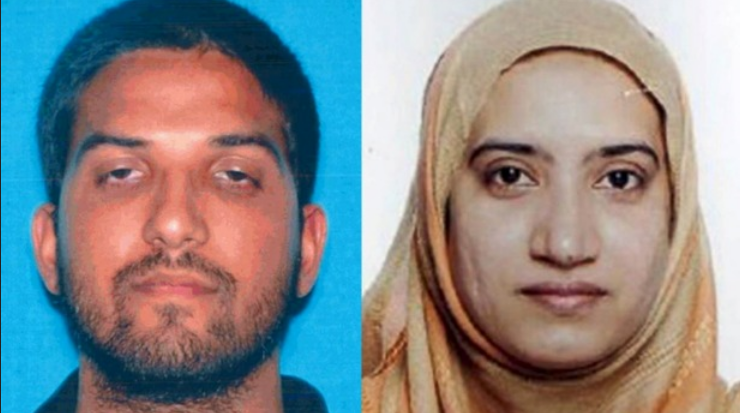 The San Bernardino, California, murders that happened last week were an act of terrorism, that much we now know. It took President Barack Obama long enough to come out and speak about the acts, which were declared as terrorism within a day of the killings, but he did speak late Sunday Night. Obama did not say too much though, just said that Americans should not let fear overtake them, said that we should not change how we live our lives because of these situations. 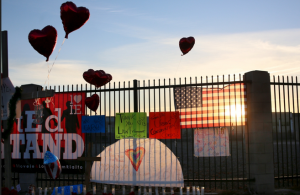 The murders all occurred at a holiday party, where 14 people wound up dead, and there were 21 people who were injured. The investigators are still trying to get all of the facts and information together about what really happened. We do know that the man, Syed Rizwan Farook and the female Tashfeen Malik, were both radicalized and were Muslim extremists. Even more sinister than that, we know now that these two people, who were a married couple, were also supporters of ISIS. In fact, the couple had been ISIS supporters and supported that political ideology for quite some time now. The woman had made pledges and said her allegiance was with ISIS as well, which was posted publicly on a Facebook page, although not under her real name. So the couple were both into supporting ISIS and supporting the ideologies of ISIS, even in a more public level but for unknown reasons it was not really seen as suspect.

Assistant director of the FBI over at Los Angeles, California, said that we still do not know by whom or where at this point. Another question that the investigators are dealing with as well include whether or not there would have been any way to prevent the incident from happening in the first place at this point. Of course, every time situations like this happen the question always becomes what could have been done to prevent the killings beforehand?

Farook actually was a huge supporter of ISIS, at least according to his father, with his father saying that he had been expressing troubling thoughts and beliefs. His father also said that he was also very fixated on Israel as well along with an Islamic caliphate. Farook believed in creating the Islamic state and he also was growing even more involved with ISIS, including holding and stocking weapons like guns. The father said that when he saw his son for the first time with a gun he got really upset, then brought up how in 45 years of being in America he never had a gun. According to the father, all the son said was “Your loss” to that comment, and the father grew even more concerned for his son and his allegiance to ISIS and these types of ideologies.

The father is now blaming himself, at least on some level, because he thinks that if he was home at the time he could have stopped or preventing the murders somehow. Even though it seems both of these people supported ISIS investigators are still trying to figure out whether or not they ever actually talked to or met with ISIS leaders or took orders from anyone in ISIS. It is quite possible, especially with the internet, that the two just took to this ideology and followed it without being directed by anyone else. At this point, there is no indication that any other attacks were planned outside of the United States.

There is a little more that is known about the two terrorists is that they were both participating in target practice, and this was right in the Los Angeles, California area. The couple had began target practicing at least once before the shooting, which was only a couple of days before the murders happened. Right now it is not known whether or not the plan was to shoot the co-workers or where that idea had come from. One thing that is clear right now is at least a couple people did seem to know that this couple supported ISIS and that ideology, but did not say anything to the police and that is alarming as well.