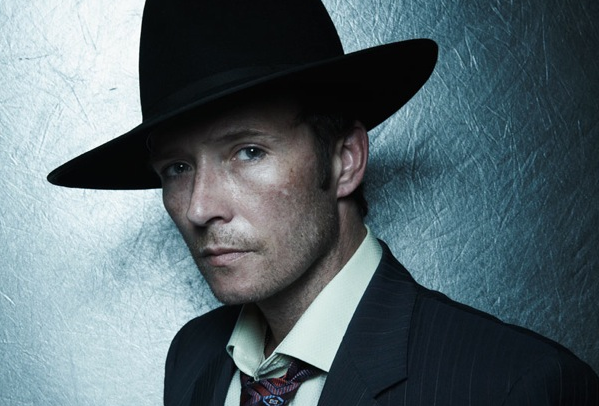 Many music fans from around the world woke up this morning to the news that Scott Weiland, former Stone Temple Pilots lead singer, was found dead in his sleep on a tour bus last night in Minnesota. Weiland at the time of his death was touring with his own band, Scott Weiland & The Roundabouts, but he formerly was also the lead singer of Velvet Revolver, a band featuring Slash and Duff McKagan.

Weiland was only 48-years-old and it appears that he went into cardiac arrest, although cause of death is likely not going to be known until toxicology results come back from the lab. Weiland was fired from Stone Temple Pilots in 2013, being replaced by Chester Bennington from Linkin Park, but Bennington quit a couple months ago, leading to speculation Weiland would once again return to front one of the most iconic bands the 90s had to offer. While the news of Weiland might not be too surprising to those that followed his story through the years, he is just the latest in a long list of 90s singers that have seemed to die way before their time. While of course you have to mention heroin and the drug scene, and ultimately many failed rehab trips, there was more to all of these bands and vocalists than the drugs.

The raw vocals from the so-called Grunge scene can never be replaced or replicated and the honesty in the lyrics of each will live on for generations to come. Now is as good of a time as any to take a minute to think about those voices, the ones silenced forever, far too young. 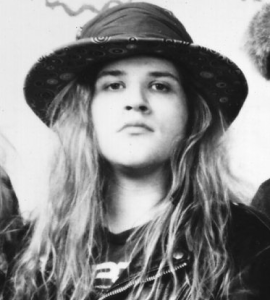 Andy Wood- You likely have heard of Pearl Jam, in which you have Andy Wood to thank for that, as Wood was part of the ultimate and “Godfather” band of the grunge scene, Mother Love Bone. Wood had a very unique voice, one that was far different from anything heard before, and has never been heard since. While Nirvana gets the credit for grunge, it was Wood and the band Mother Love Bone that came onto the scene before anyone else. Songs like “Chloe Dancer/Crown of Thorns” and “Bone China” captured the spirit of Wood and his vocal range. Sadly, in 1990 before the release of Mother Love Bone’s first album, Wood ended up dying at the age of 24, after being on life support for days due to a drug overdose. Temple of the Dog would form as a tribute band, and “Would” from Alice in Chains would also be created to remember Wood, as well as many other tribute bands and songs that would form as a result.

Kurt Cobain– It is hard to think back on the 90s and not think about Nirvana and Kurt Cobain. The band put this Seattle music scene, which was fairly underground, onto the big stage. Even though we think of Dave Grohl as a singer of Foo Fighters now, back then he was a drummer with long hair, playing his heart out in one of the fastest-rising bands in the 90s. From “Smells Like Teen Spirit” to “Polly” or “Something in the Way” and the cover “Lake of Fire” Nirvana was truly an innovator of the grunge scene. You know how the story ends, on April 8, 1994, Cobain was found in his home dead from a self-inflicted gunshot, although it was estimated he died on April 5, 1994.

Shannon Hoon- A year after Cobain was found dead, grunge was forced to deal with another loss as Shannon Hoon, the lead singer of Blind Melon was found dead due to a cocaine overdose in October 1995. Hoon was only 28 at the time of his death. While you might remember Blind Melon for having that song with the little girl in the bee costume, which was “No Rain” Hoon did have quite a few vocal credits under his belt. One you might not know is that Hoon sang the backup vocals for “Don’t Cry” and “The Garden” which were two powerful songs from Guns N’ Roses.

Layne Staley– The lead singer of Alice in Chains, Layne Staley, died at the age of 34 in April 2002 as a result of a speedball overdose, which is a combination of heroin and cocaine. Alice in Chains, arguably one of the most metal out of the grunge scene, had their first hit in 1990 with “Man in the Box” and songs such as “Would” and “Rooster” would later come off the 1992 hit album “Dirt.” There was plenty of songs and albums, but tours got smaller and eventually stopped as Staley’s heroin addiction got worse. Staley did front the supergroup Mad Season, which included Mike McCready from Pearl Jam and Barrett Martin. Mad Season put out one album, “Above.” Staley might be the most depressing death on this list, as he was found about 2 weeks after it was believed he died in his Seattle condo, ironically, the estimated date of death is really April 5, 2002. Eight years to the day of Cobain.

Now we have Weiland added to this super depressing list, which leaves Chris Cornell, Eddie Vedder, and Billy Corgan as the only remaining living vocalists of the big 90s bands. All of these guys, gone far too soon, but the angst and pain in their voices and songs shall continue to haunt and inspire generations.