Star Wars: The Force Awakens just keeps adding millions. The latest movie of the popular franchise had a huge weekend and today, it added another $70.8 million to take the worldwide total to an impressive $1.16 billion. The billion mark was crossed recently and the film has only been out for 13 days, so there are millions still coming.

The film made a little more than $31 million in the United States today and almost $40 million in other countries. The total for North America is currently at $571.4 million while the international total is at $589.7 million.

Star Wars: The Force Awakens is already in the top five for biggest domestic grosser of all time. The seventh film of the franchise is behind Titanic ($658 million), Avatar ($760 million), Jurassic World ($652 million), and The Avengers ($623 million). Not bad for a film that’s only been on theaters for less than two weeks. The movie could end up getting to the top two and who knows, maybe even take first place. The film now needs less than $200 million to get to the top. 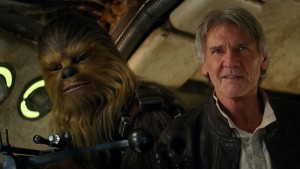 The Force Awakens is also in tenth place when it comes to worldwide box office performer. The millions made today took it past five films, they are: Transformers: Age of Extinction and Dark of the Moon, Skyfall, Minions and The Lord of the Rings: The Return of the King. The five have all made more than $1 billion.

There are plenty of records left for Star Wars to take, including the top film on the all time list, which is currently held by Avatar at $2.78 billion. Avatar is followed by Titanic, Jurassic World, The Avengers, and Furious 7.

The film will probably be higher in the list during the weekend, with some countries still waiting for the film to open there. The impressive opening was expected but the fact that the film is still doing well almost after two weeks shows how good the release has been. The film made its debut at a great time and it was helped by the video game released last month and all the merchandise currently available.

The Force Awakens is far from being done, the film will open in China on January. The country is the world’s second biggest film market and producers believe the film will do well.

Star Wars: The Force Awakens made its debut on December 18 and has already set a number of records, will it take the biggest one? We’ll find out in the next few weeks.