Gianni Infantino, one of FIFA’s presidential candidates, thinks the World Cup should feature 40 teams. He also suggested that the tournament should be spread across several countries so they can all benefit from the event.

The expansion would add eight more teams to the tournament. The event features 32 teams during the group stage and takes place in one country. Brazil was the last host for the World Cup. Russia will be hosting the event in 2018.

The general secretary of UEFA also talked about his plans for the election and proposed FIFA to distribute half of its revenues to its 209 member associations so they can spend it on the development of the sport.

Infantino is one of the five candidates looking to be the next president of FIFA. The elections will be next month and it won’t be easy for the winner, FIFA is currently involved in a scandal that has led to the arrests of officials and suspension of the current president.

The scandal started last year, when FIFA members were arrested at a five star hotel. The current FIFA president was suspended for eight years. He had announced a few months before the suspension that he would be leaving the position.

Infantino’s proposals also look to clean up FIFA after the scandal. Blatter was elected as president in 1998 and was re-elected for a fifth term a few months ago, but he announced days later that he would leave. 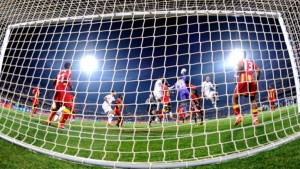 The World Cup is the biggest event for the sport and currently features 32 teams that compete to qualify in their continent. Critics believe 32 teams is good for the tournament, but the general secretary of UEFA wants another eight. He also proposed a rotation system where a continent can only host a World Cup every three editions.

He also likes the idea of countries co-hosting a World Cup, which we saw during 2002 with South Korea and Japan.

Infantino has been working with FIFA for the last 15 years and became general secretary in 2009. The presidential race doesn’t have a favorite, but he is part of UEFA and could get votes there. He also says he has support in the Caribbean region, which has 25 votes in the election.

Would you like to see a 40 team World Cup? What do you think about countries co-hosting the tournament? Let us know in the comments.