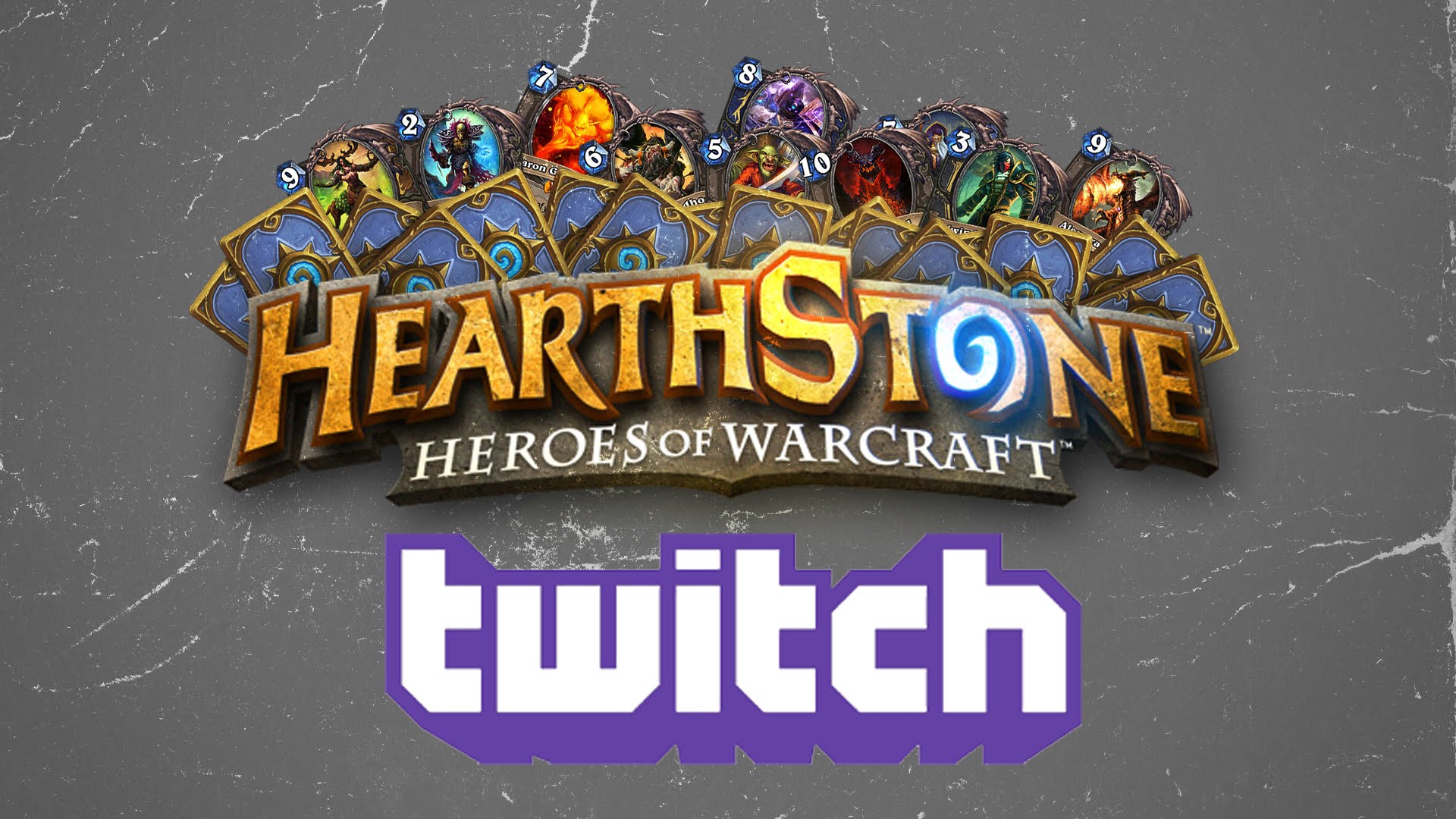 Just like with TV, Hearthstone broadcasts on Twitch come in all shapes and sizes. Some pride themselves on their educational content. Some avoid the chaotic copypastas and memes found throughout the site, and others revel in them. The important thing is to find the streamers that are right for you, interact with them, and join together with the many others who enjoy the same sorts of content. In no particular order, here are nine of the best in the business.

Out of all the resources available in Hearthstone, time is seriously underutilized. Despite having around 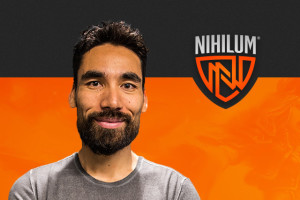 seventy seconds per turn, it is rare for any but the most complex ones to go to time. Lifecoach thinks this is a travesty and uses all of his available time on most turns. He is notorious for “roping” (a burning rope indicates fifteen seconds remaining in a turn) as early as turn one or two. This strategy has taken Lifecoach to placings such as 3rd-4th at Dreamhack Winter 2014 and 1st at the first Viagame House Cup, as well as landing him a spot on team G2 Esports.

A former professional poker player, Lifecoach began his Hearthstone career already possessing a unique set of skills. One of these is a mathematical understanding of variance, which is the reason behind his habit of testing decks for 100 full games to evaluate their actual potential. Other notable characteristics include routinely evaluating the week’s play and his immediate goals, as well as a resistance to netdecking (or directly copying decks from other players.)

Like Lifecoach, Brian Kibler – or just “Kibler – brings other experience to the fray, this time from Magic: The Gathering. Known for his numerous Top 8 finishes at large tournaments, not to mention his first place showings at Pro Tour Austin in 2009 and Pro Tour Honolulu 2012, Kibler brings his competitive spirit (and love of dragons) to Hearthstone. With nearly unmatched creativity and detailed understanding of card games, Kibler was able to win the first Challengestone event, which had special deck-building rules in a timed format.

Kibler has also worked on other card games, such as Ascension, Chaotic, Solforge, and the World of Warcraft TCG. His resume even extends into VS System, in which he won the first Pro Circuit. Kibler extends this game sense into education, operating a blog where he weighs in on balance and meta issues periodically. Kibler balances out his list of credentials with an obsessive love of everything dragon-related (often stubbornly playing Dragon archetypes, even in times when they are subpar in Hearthstone) and his lovable dog-mascot, Shiro.

While most competitive Hearthstone players focus on the ranked ladder, Ratsmah has chosen to spend his time optimizing the draft format, called Arena. By choosing from a limited card pool, Arena players are forced to think on their feet and innovate using cards that are often considered subpar. Ratsmah’s mastery of these skills, along with the ability to think several turns ahead, has led to one of the games highest win ratios in Arena, a second place finish at Tempo Storm’s Lord of the Arena 4, and sponsorship by the same organization.

Ratsmah’s play is often seen as unconventional or risky, but his assessment of risk usually leads to him taking the “winning play”, or the play most likely to result in eventual victory, even if it results in short-term risk. He is known for his development of the Hunter meta, a class previously discounted, due to its lackluster Hero Power for the format. His fame has also grown during statistically unlikely streaks of twelve win runs with the Rogue class, one of the most difficult to pilot. His no-nonsense coaching sessions also put everything on the table for those aspiring to improvement in the Hearthstone draft.

If Ratsmah is Hearthstone’s Arena champion, ADWCTA is its scribe. Simply spelled out, or pronounced “ah-duh-wik-tuh,” ADWCTA is known most for the Hearth Arena companion app, which allows players to seamlessly upload their draft choices in real time and rates each card with a numbered score, based on its usefulness in a vacuum and in combination with the rest of the cards in the deck. In partnership with Merps, ADWCTA maintains an up-to-date tier list with every card release, which, until recently, was the force behind the Hearth Arena system.

While the partnership between ADWCTA, Merps, and Hearth Arena’s programmer came to a rocky end in November of 2015, their work lives on through their Twitch channels and the partnership that they call The Grinning Goat. Hearth Arena almost singlehandedly upped the ante for competitive Arena play by equipping players with extra tools to boost their win rates and develop better drafting skills. It will be interesting to see what the future holds for ADWCTA.

TrumpSC, a former Starcraft II player, now makes his living as a full-time Hearthstone streamer and 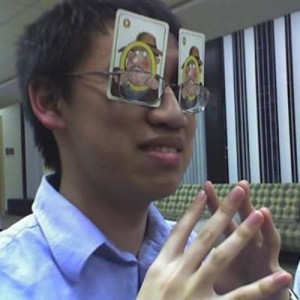 competitor. While a man of few words, Trump’s instructive content for players of all calibers, regular guides, and contemplative play made him one of the first successful Hearthstone streamers during the game’s beta in 2013. While he is known primarily as a personality on Twitch, Trump also has solid tournament placings, such as 3rd at the first Seatstory Cup and 1st at Vulcun Deckmasters.

Trump is also known for his “free-to-play” runs, where he aims to take new accounts to the Legend rank on the competitive ladder without spending any money. His innocent demeanor, such as his love of teddy bears, has also earned him both fame and notoriety. This has led to rivalries with other popular Hearthstone streamers, such as Kripparian and Forsen, as well as sparking interest in a Slim Shady-esque alter ego, dubbed “Prison Trump.”

Although representing Team CompLexity since early in his Hearthstone and streaming career, Dog is a player that grew to prominence through his ladder performance. He first became known for piloting a Ramp Druid in ranked play to great success and has since also become a premier Rogue player, whether consistently bringing Oil Rogue to tournaments or taking a revised Miracle Rogue list to high Legend after the full release of the League of Explorers adventure. His skill has led to consistently high tournament performances, such as 2nd place at the Pinnacle 3, 2nd at Dreamhack Summer 2015, and 1st at the CN vs NA Challenge.

Unlike some of the more personality-driven players that populate the top viewer rankings on Twitch, such as Amaz, Forsen, and Reynad, Dog keeps the mood of his stream a bit cooler. Watching him play is a relaxing experience, his conversations seem genuine, and he strikes a perfect balance between education and entertainment. It is abundantly clear that Dog hasn’t let his high placings, innovation, or recent sponsorship by Team Liquid go to his head.

Time in Hearthstone seems to flow more quickly than in almost any other esport. The game doesn’t just change with each new release, a new set of buffs and nerfs, or with the change of seasons. Every day seems to bring a new meta, as the rock-paper-scissors nature of top-decks keeps top competitors on their toes. Despite this, no name has been brought up more than Kolento’s as the top competitor over time. His larger placings include 1st place at the first Viagame House Cup, 1st place at Dreamhack Winter 2014, 1st place at CN vs EU Season 2, and 1st place at Kinguin Pro League 2015 Season 1. These top placings cover the course of nearly a year, or nearly half of Hearthstone’s short life.

Kolento is also an innovator, known for creating the Miracle Rogue deck, in which Gadgetzan Auctioneer was abused to draw into a crushing finishing blow (or several finishing blows, rather) with Leeroy Jenkins. He continues to innovate and try out new strategies on his stream, taking the time to try out flavors of the month, such as Murloc Paladin. Along with his consistency, Kolento is one of the game’s most cerebral players, often spotting a difficult finisher (or “lethal”) that goes unseen by casters and stream viewers. With these and other accomplishments, Kolento has earned his long tenure as a member of Cloud 9.

It would be easy to applaud Rumay “Hafu” Wang for succeeding in esports, a currently male-dominated field, as a woman, and this wouldn’t be wrong. She has done very well for herself, but the success of her channel can stand just as well on its own, regardless of her gender. Hafu was one of the eight invited players to the Innkeeper’s Invitational, during Hearthstone’s closed beta, based on her experience in World of Warcraft. Throughout 2008, she accumulated a number of top placings at MLG and official Blizzard events. In Hearthstone, her stream focuses on Arena play, and she is a member of Cloud 9.

Like Dog, Hafu’s stream presence is a soft-spoken one, in which she avoids overuse of catch phrases and overreaction. She and her moderation team pride themselves on keeping a particularly civil stream chat, especially by Twitch standards, free of most spamming and toxicity. While other streamers, such as ADWCTA, Ratsmah, and Kripparian may get more attention for their skill in the Arena, Hafu is up there with the best of them, as far as win rates go. She often collaborates with other streamers for co-op runs and used her skill to reach 1st place at Lord of the Arena 4. 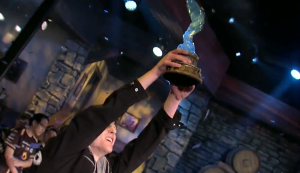 streams, or invitations to tournaments through some mix of the two, Firebat is the antithesis to this trend. After very little competitive presence, he burst into the scene with a 1st place showing at the game’s most prestigious event, the 2014 Hearthstone World Championship, winning $100,000, following a nearly prophetic pick-up by Jason “Amaz” Chan for the newly-formed Team Archon. After this performance, Firebat went on to place 1st at the CN vs NA Challenge event and 2nd at the World Cyber Arena 2015, which carried among the largest prize pots ever known to the game.

Along with his performances, Firebat boasts a quick wit and sharp sense of humor, knowing when to take things seriously and when to tone them down with creative deck choices on ladder. For instance, he gained attention in mid-2015 for pioneering a deck he dubbed “Freeze Priest,” which borrows certain elements of the ever-present Freeze Mage deck, such as its numerous board clears and a turn of burst damage following Alexstrasza. Firebat may be one of the less assuming Hearthstone pros, but he boasts some of the most impressive results, so players of all levels could learn a thing or two from his stream.

Hearthstone is consistently one of the most widely-broadcasted games on Twitch.tv, so there will always be more channels to explore. It would be impossible to cover even all of the largest streamers, so others like Amaz, Forsen, and Kripparian are definitely worth a look. Asmodai, Sjow, and Zetalot are some other personal favorites. Whatever your personal taste is, it’s never too late to dive right in and find your own hidden gems.