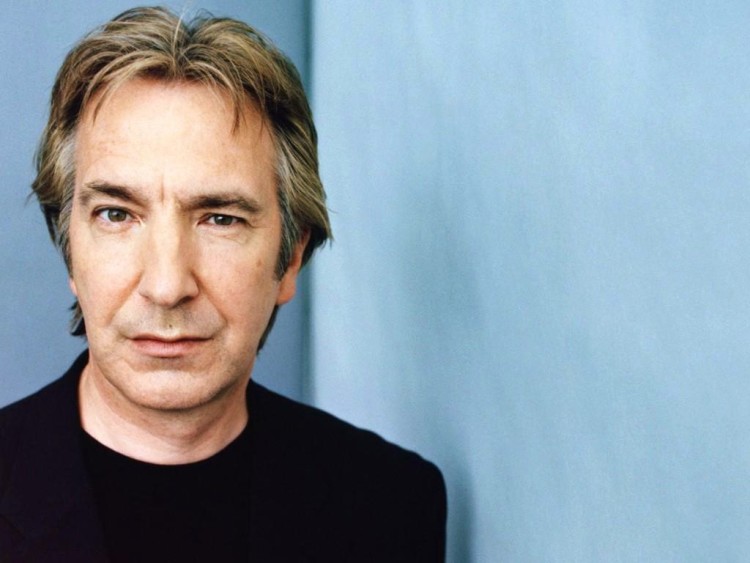 I didn’t think I’d have to type the words “Dead at 69” for a long while yet. But here we are again. 2016 has been a terrible year for the arts so far. Not even half way through January we lose David Bowie and today Alan Rickman, star of screen and stage, passed away. He was taken after a short battle with an unknown cancer. He was known for playing the villain, and a great one at that, though he has taken on many roles during his long career. I always liked his portrayal of Eamon De Valera in “Michael Collins”, but I’m a little bias that way.

Alan Rickman is best known these days for his role of Severus Snape in the “Harry Potter” films. He used his skill in portraying villains to keep audiences guessing to whom he owed his true allegiance throughout the film series, assuming you didn’t read the books first. Alan’s performance made the films worth watching. I could never picture anyone else playing the role. His former cast mates took to various social media to offer their public condolences. Rupert Grint and Emma Watson who played Ron Weasley and Hermione Granger said,

“A huge talent and great gentleman. You will be missed, Alan Rickman.” – Rupert Grint, Twitter.

“I’m very sad to hear about Alan today,” Watson wrote. “I feel so lucky to have worked and spent time with such a special man and actor. I’ll really miss our conversations. RIP Alan. We love you.” – Emma Watson, Facebook.

Daniel Radcliffe released a short eulogy on his google+ page. I would recommend reading it.

JK Rowling, the author, herself tweeted, “There are no words to express how shocked and devastated I am to hear of Alan Rickman’s death. He was a magnificent actor & a wonderful man.”

He made his big screen début on the 1988 genre breaking action film “Die Hard”. The film cemented him as a master villain in Hollywood. His Hans Gruber was mesmerizing, in many ways more interesting a character than Bruce Willis’ John McClane. He would catapult to international stardom after “Die Hard”, appearing in ” Truly Madly Deeply” and “Robin Hood: Prince of Thieves” among others. His “Die Hard” co-star, Bruce Willis too took to Twitter to relay his message to Alan Rickman’s family. Tweeting,

Ripples in the World

A hero of mine once wrote “No one is actually dead until the ripples they cause in the world die away…” This year we can look forward to seeing Alan Rickman in two more films. He is appearing in the sequel to Tim Burton’s Alice in Wonderland, “Alice Through the Looking Glass”. He again lends is magnificent baritone to the Caterpillar. Set for release in March is “Eye in the Sky”, a film about drone warfare in Kenya. Of course as is always the case with actors we will have his films to look back on. And “Die Hard” every Christmas.

He is survived by his wife Rima Horton, whom he met as a teenager though they only married in 2012.