Best Cheap CPU For A Gaming PC 2018 – Picking A Processor 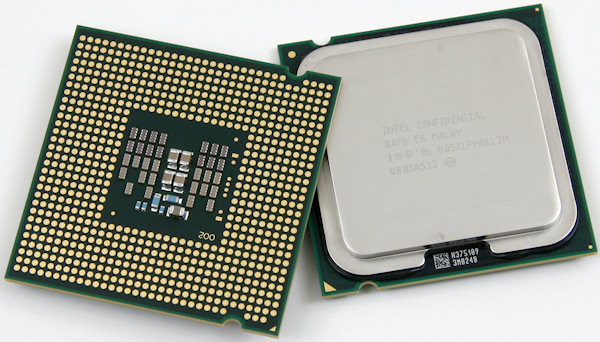 So we’re looking to make the jump from console to PC and haven’t a clue where to start. Let’s throw another wrench into the works and say we’re broke too. So now we’ve got limited funds and want to run the latest releases on Steam. A knotty problem, but not one that can’t be overcome. Let’s start with the CPU.

Here we’re going to take a look at a few options under $150 to get us started. I’ll be touching on motherboard selection, power draw and a few other things to think about when doing your first build. Here’s the truth that some companies don’t want you know, putting together a computer is as easy as clicking together bricks of Lego. The process has been so simplified that you can go from a pile of parts to running the new Battlefield in under half an hour.

AMD VS Intel: Who Makes A Better CPU 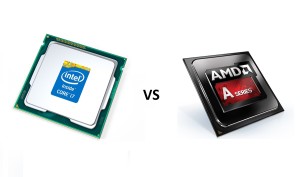 The first decision you need to make is whether to go with Intel or AMD. Intel chip sets have better per core performance, the most important thing for a CPU when it comes to gaming, but as a result are more expensive. Remember the more you spend on the CPU the less you’ll have for your graphics card, which is the most important component.

So Cards on the table, I went with an AMD chip. That supposition about wealth in the intro paragraph wasn’t a hypothetical. I was broke when building my first “rig” and went with the “FX-4350”. I noticed at the time that on single threaded programs, which to this day most games are, it performed very similarly to the “FX-8350” at a fraction of the price. I would still recommend the little chip based on that.

You can get an “FX-4350” for as little as $89.99. The primary benefit here is the price, nice and cheap and will handle almost anything you throw at it. All AMD chips can be overclocked out of the box, no need to buy more expensive variant chips. So you can eke out a little extra performance with the default fan, or ramp it up with a third party fan. It uses an AM3+ socket, so your choice of motherboards is huge with prices running as low as $37. Motherboards will be discussed in more depth in a later article.

On the down side, any CPU heavy games will suffer tremendously. I’m a big fan of Bethesda’s Elder Scrolls and Fallout Rpgs and can attest that the little “FX-4350” just doesn’t hack it. Even with mods to off-load processes to the GPU it still doesn’t compare to even the low-end i3s. Add in graphics mods and scripted mods and your frame-rate will hit the floor faster than a guard with an arrow to the knee. At this price point though I really can’t recommend any other AMD chip.

Onto the Intel chips and boy do we have some choices here. Lowest price point would be the “i3- 4130”. It’s a nice chip, better single core performance than AMD’s “FX-4350” which is great for gaming, but only has two cores and costs $109.99 not including shipping. An extra $20 for a little extra performance is not a great deal. In action, using the same GPU, it didn’t really translate into more than one or two extra frames per second.

While you have plenty of room for upgrading the “i3 4130”, it uses LGA1150 socket motherboards like the more powerful “i5 4690k”, personally I think the better option at the moment is to shell out a little extra and get the “i3 -6100” for $123.95. The 6100 boasts the new Skylake architecture from Intel, so upgrading in the future will give you the best of the best, and it has significant frame-rate advantages over the 4130. The downside is the cost of motherboard goes up. LGA1151 mobos range from $60 and up and every dollar counts when building on a budget.

Buying AMD will net you a saving not only in the CPU department but also in the Motherboard department, and $50-$60 is the differences between an R9 270 and an R9 380X. Often overlooked is power consumption. The Intel chips consume less than half as much power as the AMD chips, leading to savings in the long run. The 4350 draws 125W, the 4130 draws 54W and the 6100 draws 47W.

The Future of CPUs

Over the next few months there are a few things that could radically alter the recommendations in this article. Putting aside new chip sets for the moment, Microsoft released DirectX 12. DX 12 has a new GPU pipeline process that utilizes multiple CPU cores more easily. This essentially translates into better performance the more cores you have. AMD’s piledriver chips may yet see a renaissance because of this, making the cheaper 8-core chips worth the money. Unlikely though, DX12 is exclusive to Windows 10 and I don’t intend to “Upgrade” any time soon. It’ll need widespread adoption and third party support for DX12 to have the impact it wants. 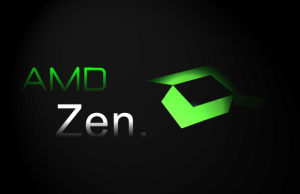 Coming at the end of 2016 will be AMD’s new “Zen” chips. Focusing on single core performance, over the multi-core focus of their last generation hardware, we may see competition finally return to the CPU arena. For too long has Intel been able to sit on its haunches slowly upgrading their current hardware, squeezing out maximum profit to the consumers detriment. If AMD pull this off we’ll see pricing wars, accelerated R&D and all that good stuff. If they don’t it will be just another nail in AMD’s coffin.

If you’re looking to scrape the bottom of the PC gaming barrel and still play the latest games go for the FX-4350 (which you can get on Amazon.com with all discounts applied by clicking here)  If you’ve got a little more cash in your pocket and want to upgrade at the end of next year, go for the i3-6100 (click here to automatically apply the discounts on amazon.com). Bear in mind, I may have something of a bias towards AMD but I am upgrading my rig at the moment to Intel products.