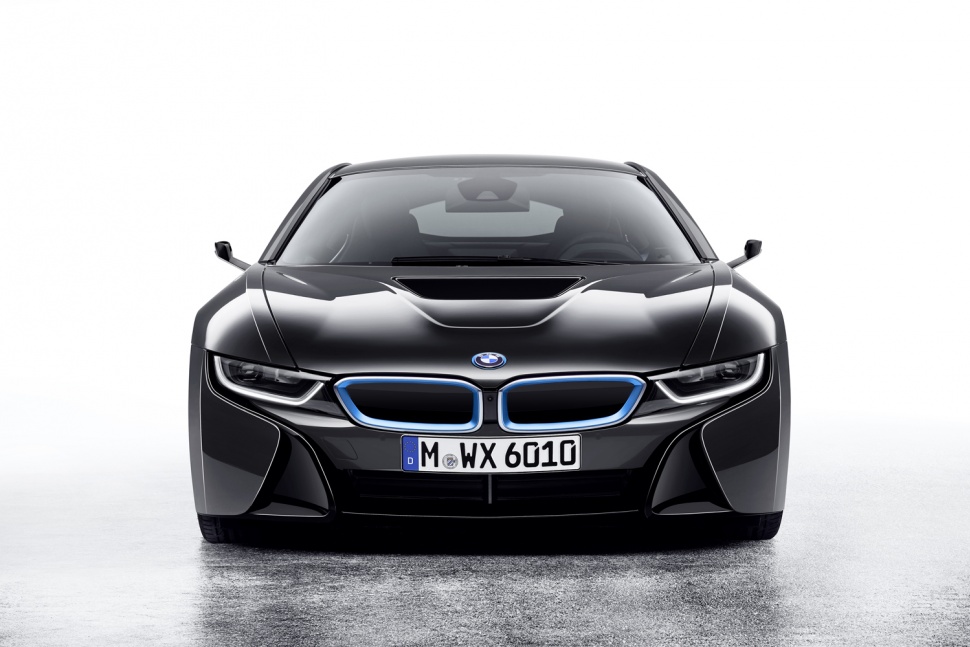 BMW i8 concept unveiled and it is everything you could imagine.

BMW has unveiled the future of driving and it is stunning. Turning their already gorgeous i8 coupe into a completely mirrorless (and currently not street legal) show stopper, BMW have pioneered the future of driving. The sleek exterior is almost identical to the current generation i8 except for slimmer side posts that ordinarily would hold mirrors. On the I8 concept, they hold two cameras each in addition to two rear cameras and two in the front.

Where your rear view mirror would have been is an 11.8in by 2.9in screen showing a split view of your rear and side cameras. These 1.3mp cameras provide a clear view of the road behind you as you go, allowing a greater range of visibility for highway driving. Another fantastic feature is activated on turns. Once you engage your turn signal, the corresponding side of the screen expands giving you a better view of that side. The seamless transition is completely without delay and snaps back to normal as soon as you exit the turn.

One of the other features of the concept car is going to be featured as an app. If someone bumps into your car, the cameras activate giving you a nearly 360 view of the car. This can also be useful if someone’s attempting to burglarize the vehicle as you could get a clear shot of the suspects face and general direction they were traveling in. Considering the amount of dents and dings the average car endures in parking lots, this is possibly one of the most innovative uses for the cameras.

With a sleek set of shaved gull wing doors, the I8 looks every bit the sports car that it’s meant to be. A plug in hybrid with two electric motors and a single 3 cylinder gas motor, it gets about 29mpg. While underwhelming for a hybrid this is superb for a sports car. These three engines give you a combined 357hp and a respectable 3.6 second 0-60 speed. While unable to give an exact date on when we could see these available for the consumer market, BMW is projecting 2017 as the year they’re aiming for. One thing’s for sure. The age of the wimpy hybrids is over.