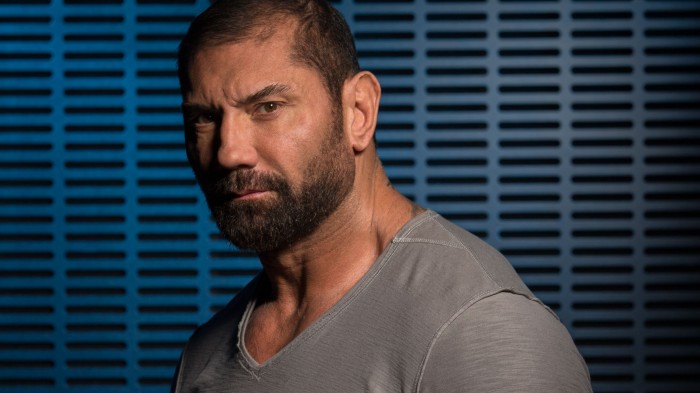 Wrestlemania 32 is almost here and it promises to be one of the biggest wrestling events ever. The company plans to set an attendance record with a roster full of stars and legends appearing throughout the event. We recently heard about the return of The Rock and the rumors of Hulk Hogan signing with the company once again. But not all are looking to return, Dave Bautista, has reportedly turned down an offer.

According to Pro Wrestling Sheet, Batista received a good offer for an appearance at the event. It would have been for a segment and not a match, but he decided to stay away. He was given the option to pitch ideas for the segment but he has been very busy with films, so that could be one of the reasons.

Dave will be appearing in the next Guardians of the Galaxy, which begins filming next month. He last appeared at the event two years ago, where he competed for the title. The match ended with Daniel Bryan winning the title. Batista won the opportunity to face the champion after returning at the 2014 Royal Rumble and winning the 30 man match. The win was not well received by fans, who were not happy with the result and the surprising eliminations of the favorites.

Batista remained with the company after the loss at Wrestlemania and helped bring back Evolution. The team of Triple H, Randy Orton and Batista had a few matches but the story quickly came to an end and he decided to leave.

Batista recently appeared in the latest Bond film, Spectre, and will be in three more films later this year. He won’t be appearing at Wrestlemania, but rumors have other legends in the list. It was reported a few days ago that the company was attempting to sign Goldberg to a one year contract. Many believe that if he does sign a contract, it will be to face Brock Lesnar at Wrestlemania. The contract offer might be too long as Goldberg reportedly only wants to do one more match. The last time we saw Goldberg compete in this event was at Wrestlemania 20, where he faced Brock Lesnar. The match was not good and the two left the company right after the event. Fans have been waiting to see Goldberg back in the ring for quite some time now. Will we see him at Wrestlemania? Who would you like to see at the event? Let us know in the comments.