What Happened To “The Situation” – Mike Sorrentino Now in 2018 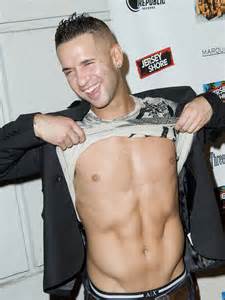 The Situation, or Mike Sorrentino, was the subject of a public controversy which aggravated many Italian-American organizations across the nation.  Becoming a household name through the MTV hit show Jersey Shore, Sorrentino would become one of the most recognized characters in reality TV.  The question we all have right now is… what’s he doing now?

The Start for The Situation

Born on July 4, 1982 in Staten Island, New York, Sorrentino would graduate from Manalapan High School in 2000.  He has two older brothers, Frank and Marc, and one younger sister named Melissa.  He spent much of his early 20’s working as an exotic dancer and an assistant manager for a gym in Staten Island.  Shortly after being fired from the gym at the age of 25, Sorrentino would turn to underwear modeling as a means to support himself.  Based on the history of his professional career, one can easily see compare the younger Sorrentino to the television personality we know him as today.  The Situation would make his debut in front of a national audience in December 2009.

MTV debuted the first episode of Jersey Shore on December 3, 2009 and finished the first season with a strong following of near 5 million vi 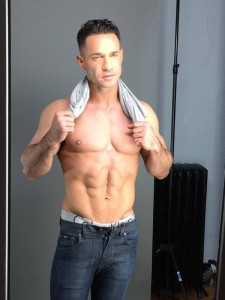 ewers.  The show follows the lives of eight housemates as they spend the summer at the Jersey Shore in New Jersey.  The production debuted with large amounts of controversy regarding the use of the word “Giuddo” and for perpetuating certain stereotypes.  For reference, the terms giuddo is an ethnic slur which refer to Italians and Italian-Americans (“Guidette” for female).  The network did little to hide the mockery targeting these ethnic groups as several promotions explicitly used the ethnic slurs and steering the audience towards the stereotype.

It wasn’t before long the show would face a public upheaval in regards to the content.  UNICO National, a service organization of Italian-Americans establish in Waterbury, Connecticut back in 1922, formally requested that MTV cancel the show.  The president of the organization publicly issued a statement calling out MTV for mocking their culture.

The show quickly drew the attention from other Italian-American organizations as they joined the fight against MTV’s hit.  The National Italian American Foundation and Order Sons of Italy in America were among the groups that joined the fight with UNICO and publicly voiced their distaste for the show.  Several of the network’s sponsors also had concerns with the show, notably Dell, Domino’s and American Family Insurance.  MTV’s released a statement in regards to all of the negative publicity, saying how the cast was proud of their heritage and how the show targets a very specific demographic.

Aside from being criticized on a national level 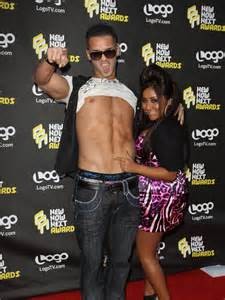 , the cast had to deal with a tremendous amount of scrutiny on the local level.  New Jersey natives would confront members on several occasions and point out how most of the cast were not from New Jersey.  In addition, the cast would have to deal with public hatred for the fact that two of the members were not of Italian descent (Nicole “Snooki” Polizze and Jennifer “JWoww” Farley).  If you watched the show on any consistent basis, you’d quickly notice just how much drama each of the cast members would have to deal with, whether from outside influences or with each other.

All of this negative attention did little to hinder the show’s success.  National viewership peaked between seasons 3 and 4, reaching 8 million viewers per episode during that period of time.  Each of the cast members were paid between $30,000 and up to $150,000 per episode during the lifetime of the series, which took them from New Jersey to Miami as well as Italy.  A total of seven official remakes have been produced globally in an attempt to capitalize on the success of the original series, including Geordie Shore set in Newcastlye upon Tyne, England, The Valleys set in Cardiff, Wales, and Gandia Shore set in Gandia, Spain.  For a period of time, the show reached influences in the public beyond the entertainment industry.  The University of Chicago and the University of Oklahoma are among the educational institutions that have had classes or conferences devoted to discussing and studying the show.  In 2010, the cast of Jersey Shore was named on Barbara Walters’ 10 Most Fascinating People list.

The Situation Now in 2018 – After Jersey Shore Update

From the Jersey Shore, appearances in several other shows, and endorsements, The Situation has become the second highest paid reality TV star next to Kim Kardashian.  Sorrentino would go on to appear on The Howard Stern Show, Lopez Tonight, SportsNation, The Tonight Show with Conan O’Brien, Chelsea Lately, The Jay Leno Show, and The Ellen DeGeneres Show.  He would later be invited to Dancing with the Stars and would partner with Karina Smirnoff before being eliminated after four weeks.  He has also appeared in a public services announcement with Bristol Palin for the Candie’s Foundation, which focuses on battling against teen pregnancy for their Pause Before You Play campaign. 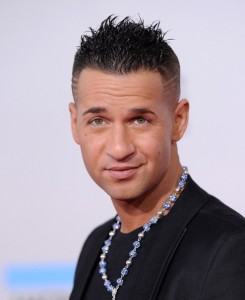 In 2010 he made just over $5 million, largely helped from his endorsements and other projects.  He worked with Devotion Vodka and helped promote their protein-infused vodka and ghost-wrote an autobiography.  The rap song he released titled, “The Situation”, included collaborations with Fatman Scoop, DJ Class, and The Disco Fries.  On top of the protein-infused vodka, Sorrentino collaborated with GNC for his own vitamin line along with a collaboration with Bohica Bill to release the clothing line, Dilligaf, which stands for “Does it look like I give a f—?”  He has also released a workout DVD entitled, “Sitch’s Ab Secrets”, which promises “ripped abs with ten 5-minute sets”.  Sorrentino was also offered a substantial amount of money from the clothing company Abercrombie & Fitch which requested that he not wear their clothes.  A spokesman from the company stated, “Mr. Sorrentino’s association with our brand could cause significant damage to our image.”

His recent appearances on television include an appearance on Comedy Central’s Roast of Donald Trump, a brief cameo on ABC’s Surburgatory, Fox’s dating game show The Choice, and another stint on reality TV for Channel 5’s tenth series of Celebrity Big Brother.  As far as more recent news about Sorrentino, most of his public headlines are in regards to his troubles with the IRS for tax evasion.