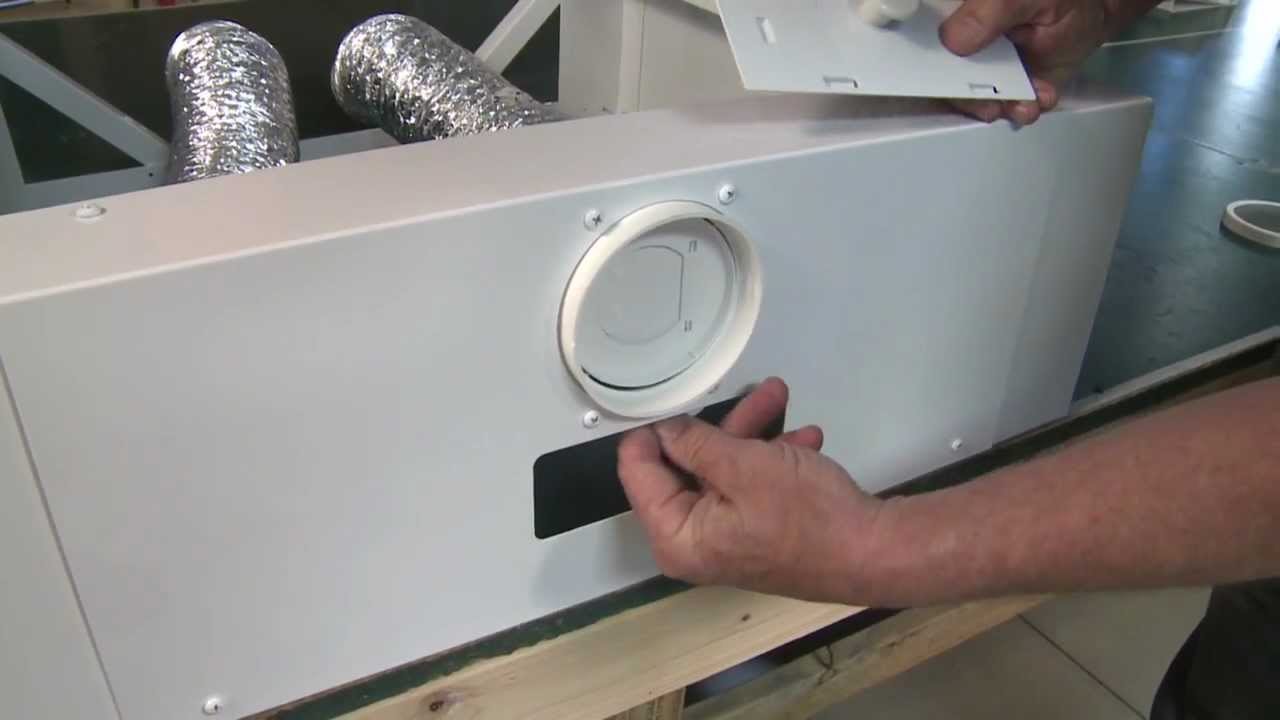 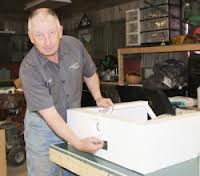 Lyle Schuette is a man of many talents but someone who only has one true passion. Schuette’s Dirt Works is his main business and he considers himself to be a “dirtreperneur”. However, despite having an already successful business that does more than enough to help provide for his family, the cogs inside Lyle’s mind began to churn when his wife began to face some issues inside the household. Due to a back injury, his wife started to have trouble doing the laundry. Leaning over to get clothes out from the drying took a lot of effort and caused a lot of pain, so what Lyle set out to do was to create a way to elevate the dryer, but also to some how recycle the heat that it put off to also heat the house.

Heat Helper is what Schuette came up with. It’s basically an attachment for the dryer exhaust that filters out all the lint and dust, then expels the warm heat into another room. He believes that there is some real potential for this business, but it is only something that he is interested in doing part time. Because he has a whole other company to run, Schuette wants to take his new business venture to the Shark Tank to see if one of the Sharks will make a deal with him and go in on a partnership. This way the Heat Helper can hit the market without needing 100% of his time and devotion.

Schuette enters the Shark Tank seeking $100k in exchange for a 50% equity in his business. Then he goes on to explain how this particular invention came about. He tells the Sharks of the story about his wife and how she injured her back. She wanted something that would give the dryer a little more elevation in addition to warming up their laundry room. After his wife asked him to do this, he thought back to the days when he was younger and his mother rigged the dryer to heat up their home. However, this invention he ended up making is only compatible with electric dryers because of the way they work. Electric dryers pull in air from the home, heat it up, then release it outside of the house. The Heat Helper just redirects the location of the warm air to be released inside the house. This way you save money on heating bills and it is also a little more elevated for people who have back problems.

After finishing his pitch, Schuette mentions in passing that he runs a dirt business which is why his wife let 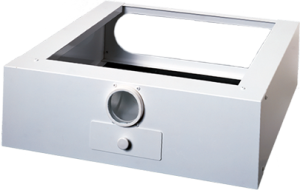 him get away with not helping her do the laundry. He then goes on to explain that his dirt business means that he sells top and ground soil in addition to being a drainage contractor. Ironically enough, his wife hurt her back by falling into a hole he had dug in order to build a pond in their backyard. But moving things back to what he came to the Shark Tank for, Daymond John asks if he has made any Heat Helper sales. In total he has sold around 680 units through the website he currently has up for the Heat Helper. Each unit costs $99 dollars to purchase and has even been supplied at Lowe’s and Walmart. In addition to being affordable to purchase, the Heat Helper can also help families save around $180 dollars a year towards heating bills.

John backtracks a little to redirect the conversation towards his retail spot in Lowe’s. He has been supplying them for about 3 years now, but has only sold around 20 units in the past year. However, this was only the result of him temporarily closing down the business because his other dirt business had really started to take off and required his full attention. Robert Herjavec asks whether he was selling on a national basis with Lowe’s, or if he was just selling them locally. For 3 years he supplied his 2 local Lowe’s stores and Walmart because he was told that his product would be a special order item until he sold a certain amount of units, which would then bring the Heat Helper into consideration for being sold on a national scale. The issue with special order items though, is that a customer can’t pick up the item the day they want them. It has to be ordered and then picked up a day or two later, which ultimately made making sales pretty difficult.

As a result of not being able to make his product work in the big retail stores, John decides that this isn’t something he would want to get his hands dirty with because the risks are just too high. Kevin O’Leary admits to loving Schuette’s personality and the fact that he made a business out of selling dirt. However, because the Heat Helper hasn’t seen so many sales over the course of a year, he too can not invest into the business.

With two Sharks out, that leaves only three left. Corcoran doesn’t feel quite comfortable with the Heat Helper because to her, it feels like something that has been used and worn out because Schuette neglected it in order to help his dirt business flourish. She doesn’t want to take any risks by putting money into it, so she decided to not invest. Scheutte argues that even though he was bringing this product back from the dead, the original he made for his wife 11 years ago was still in use and that no one who had ever bought one returned it or had any complaints. Despite his efforts to convince the two remaining sharks, Herjavec just doesn’t believe it’s a business worth investing into right now. As for Cuban, he does agree that this product has a use and that it could be great, but he doesn’t want to get into a partnership with someone who doesn’t completely have their heart and soul in the business. With that being said, all of the sharks are out and Schuette has to leave with empty pockets. 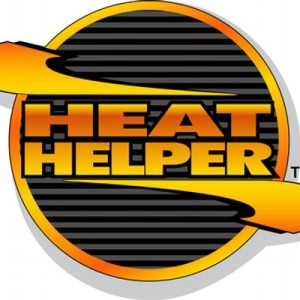 After the episode featuring the Heat Helper was aired, Schuette experienced a lot of new visitors on his Heat Helper website (https://www.heat-helper.com/). They have since then received a large sum of orders because people started to go crazy over this device that could not only help them with doing laundry, but also help save money by reusing the warm dryer heat. However, Lyle is still running Heat Helper as a side business because his true love lies with his dirt business. Right now he is still working on manufacturing the product and attempting to find distribution deals with hardware and home appliance stores, but Heat Helper’s success is being reached at a slow rate because Lyle is not 100% invested into it himself.