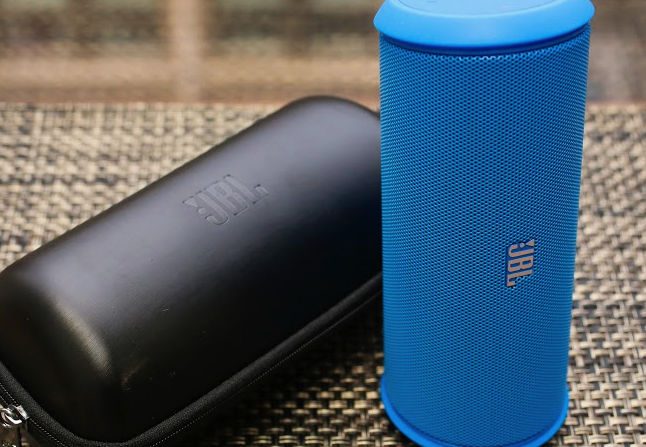 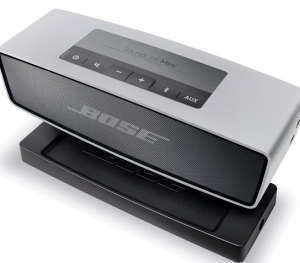 The Bose SoundLink Mini is fantastically powerful for such a small machine , and the very design of it makes it look like a definite Apple product (if it weren’t for the gigantic “BOSE” on the front cover.) The SoundLink Mini is a small speaker system, only measuring about 8 to 10 inches across and 5 to 6 inches deep, aimed at a broad population. The sound quality of the system is superb, as is typically the case with Bose products.

The speaker primarily uses Bluetooth to receive incoming audio. However, the Mini speaker is equipped with an auxiliary port on the rear of the casing, and even includes a non-powered micro USB port that can potentially be used for drivers or firmware upgrades (this port doesn’t charge it, though.) Another downfall for the SoundLink Mini is the method of charging. The SoundLink Mini does not charge by micro USB, but rather requires a specific adapter, creating a necessity to carry around yet another charger. However, the SoundLink Mini includes a cradle that you can simply plop the speaker into, where it can play music while it charges.


The accessories are also a drawback for the SoundLink Mini – the original purchase only includes a cradle, charger, auxiliary cord and speaker system. Protective housing costs upwards of $50 and protective sleeves sell for around $30. Accessories are not the SoundLink Mini’s strong point, and considering the original asking price ($180), protecting your purchase might be a little too costly to justify it. The SoundLink Mini can only operate by laying flat (literally it’s not meant to stand vertical – there are no supports or stands for this orientation.) 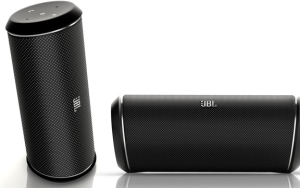 On the other end of the spectrum, the JBL Flip 2 is marketed at a more-reasonable $100. The JBL Flip 2 is just a little less powerful than the SoundLink Mini (the Flip 2 uses 2×6 watts, while the SoundLink Mini uses 2×8), but produces a fidelity that is just as clear. The Flip 2 does allow for a charge through Micro-USB, and this specific port is even powered (so you can charge it right from your PC instead of having to rely on an adapter for a power outlet.)

One final, neat feature that doesn’t quite completely sell the JBL Flip 2 on its own but adds a neat little level of depth is the inclusion of NC, or near-field communication. To pair your device with the Flip 2, you just have to press a button to start the NFC feature on the Flip 2, then tap your own device to it. Unfortunately, the device which will be sending audio does have to include NFC in its own list of capabilities, but more and more launched devices are including NFC right out of the box. Accessories are much more plentiful for the Flip 2 than the SoundLink Mini. I was able to find a few cases online ranging from $15 to $40, with simple silicone covers being on the lower end and harder plastic covers on the more expensive end of things. The Flip can also stand vertically or horizontally. 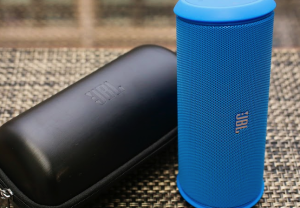 Overall, I am completely sold on the Flip 2 over the SoundLink Mini. The Flip 2 is far cheaper for a little bit less power, but at such a crisp fidelity it’d only be nitpicking to try and say that the Bose sounds far better than the Flip 2. Unfortunately, I get the feeling that Bose is a company so similar to Apple now; you pay for the name brand and aesthetics more than you do for the power and capacity. JBL has been around for awhile and I’ve been surprised that some of my purchases have included their hardware, so it’s nice to see a device that costs $100 competing with a device that’s nearly twice as expensive.

You can currently get the JBL Flip 2 on Amazon for a huge discount by clicking this link to automatically apply the discounted rate.

Alternatively if you are more drawn to the bose soundlink you can get it for the lowest price online by clicking here.

If any of you have experience with either of the two products let us know in the comments which bluetooth speaker you think is the best buy!