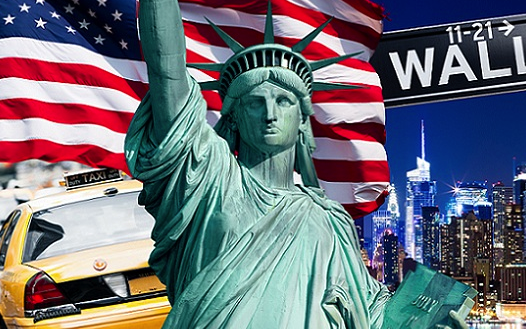 What makes a country powerful? Is it military might, economic production, or foreign policy influence? Since each of these three metrics are important in their own right, we’re going to factor all of these into our assessment, economic power will be more heavily weighted as it does affect the ability to finance the other two ventures. 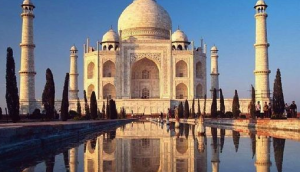 The world’s second most populated country is also a major world power and a regional superpower. Strong economic growth is largely due to the fact that India’s population is getting more educated and the economy as a whole is getting more advanced. India has a huge amount of human capital that is only limited by the fact that a large percentage of its population still lives below the poverty line. Once Indians can develop their infrastructure to reach those who have been underserved due to societal restrictions, this country will surely rise to the occasion to become a stronger player on the world stage.

India is also beginning to develop a fairly reputable entertainment industry and a strong technology industry. Many companies look to India for their outsourcing needs since the labor is relatively cheap and India has a large number of English speakers. Call centers and IT hubs have become staples of the Indian economy, after manufacturing these are the major industries to watch out for in the future. India’s film industry, nicknamed Bollywood, has gotten bolder over the last few years. These movies are shattering Indian box office records and are bringing in a lot of money for the entertainment industry. Indians abroad, as well as Nepalese, Bangladeshis, and Pakistanis, love Bollywood and they support its attempts at bringing a uniquely Indian flair to the entertainment industry.

Brazil is one of South America’s strongest economies, since its inception this country has exerted considerable influence in South America and it’s making a name for itself on the world stage as well. The World Cup was Brazil’s way of showing the world that it had what it takes to rise to the occasion. This beautiful multicultural society has vast amounts of natural resources to draw on, however, they must also make sure not to exploit nature so much so that they risk harming the environment. This careful balancing act is very difficult for an emerging economy but Brazil has shown that it is resilient to hardships and it can bounce back very quickly, just look at how well they bounced back after the economic crises of 2008. 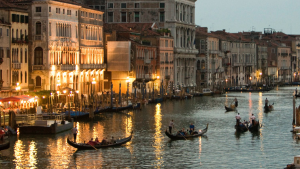 This small nation is boxing way above its small area would suggest, and it always has, these modern day Romans transformed there largely agrarian country into a modern industrialized nation in the few short decades following the second world war. Italy is the 10th largest exporter in the world, a stunning feat considering there are many larger countries with vastly greater reserves of natural resources that aren’t even comparing in terms of GDP. Many people flock to Italy every year to visit the ancient ruins of the Roman Empire, they also want to visit Italy’s beautiful coastline.

Known the world over for their fine taste in automobiles, food, music, and fashion, Italian companies dominate the top positions of their respective industries. However, not all is well in Italia, the past 20 years have seen a decline in growth and the Italian economy has been especially affected by the economic crises of 2008. If past history is any indicator of future performance than Italy will bounce back from this as strong as ever. 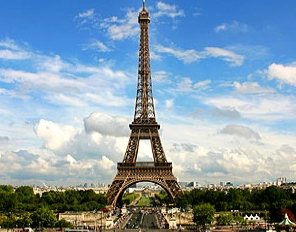 France is the world’s sixth largest economy and has the largest business district in Europe, La Defense. The French economy is the 3rd largest in Europe and it is also the wealthiest European country in terms of number of wealthy individuals, with 2.6 millionaires residing in its borders. Machinery, chemicals, cars, aircraft, electronics, textiles, and tourism are the biggest industries in France. France is a huge destination for tourist as it is the world’s most visited location, people visit France to soak up its rich history and experience the fine dining, fine arts, ski in the mountains, or drive along the French Riviera.

France recovered much better than other industrial nations following the economic crises of 2008-2009, and it entered the recession much later than other countries. France is also the world leader in developing Nuclear energy, 78.1% of all of the country’s electricity is provided by nuclear sources, followed by hydroelectric power at 11.1% and Fossil fuel at 9.5%. Because of this France is the smallest emitter of carbon dioxide among the seven most industrialized nations, this is a remarkable feat and one that will certainly be followed by countries as pressures for environmental preservation continue to increase.

The French people are happy too, French citizens enjoy the benefits of a socialized society, with free healthcare and guaranteed pensions. Although this does mean they get taxed considerably higher than their counterparts in the United States, the top tax rate in France is 75%  for those who earn over 1 million euros and the corporate tax rate is 70%. Not only is France well known for its industrial power but it also the world’s sixth largest agricultural producer and the EU’s largest agricultural producer. This diversified economy has done well to insulate itself from major disasters. 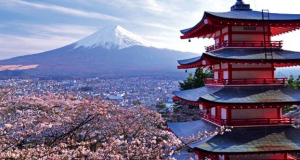 Japan has been a major world power since they switched to the market economy back in the mid-1800s during the Edo period. Japan has fallen on some hard times lately due to the economic recession of 2008 as well as Japan’s massive public debts, over 200% of GDP at one point. Still Japan is the world’s third largest economy after China and the United States. Three quarters of the nation’s gross domestic product comes from the service sector. Japan is also the second largest producer of automobiles in the world. Along with automobiles they are also leading producers of electronics, machine tools, chemical substances, textiles, and processed foods.

5. How Powerful is Russia 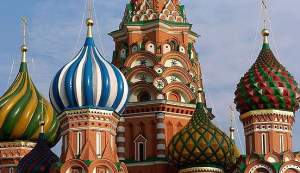 Russia is the world’s largest country by area and has more natural resources than any other country. Natural resources account for 30% of overall revenue. Of these, oil, natural gas, and precious metals make up the large portion. Russia is also a highly capable arms dealer, exporting 15-20 billion dollars’ worth of arms every year, second only to the United States.

Russia is dealing with many issues currently that could affect its standing in the world. First, lowered oil prices have hit the Russian economy especially hard as oil constitutes 15% of their overall GDP and 57% of their federal budget. Besides that they are facing several war fronts in Syria, Ukraine, and to a lesser degree in other former soviet states. Also, due to Russia’s large mass, there have been governance issues that have led to illicit funds leaving the country, over 800 billion dollars in the last few years have left the country via hidden channels. Analyst predict that Russia’s economy will shrink over the next few years due to these pressures..

Germany is the largest economy in the European Union with the largest population and it is undoubtedly the leader of Europe after the financial recession from 2008-2012. Germany stood tall after the Euro crises and leaders from around Europe looked towards Germany as an example of solid financial responsibility and regulation setting.

Under the guidance of Chancellor Angela Merkel, the Germans have exerted considerable influence in their region and they are poised to overtake the U.K., if they haven’t already, in terms of global positioning. 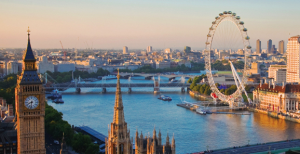 The United Kingdom is Europe’s second largest economy and it holds considerable influence both in its region and globally. The UK has been a historical powerhouse since the industrial revolution, and it still holds some influence over its former territories from its empire days. These days the UK is still a major power but more in terms of “soft power” as opposed to “hard power” or direct force. Soft power means the U.K. holds considerable diplomatic influence. Still, don’t count out their military power, the UK spends more on its military budget than any other European nation, although it does plan on reducing its military budget considerably between 2010 and 2020. Because of its strong mix of military, diplomatic, and industrial strength, the UK remains Europe’s strongest country, for now.

The Chinese have been on a sharp rise on the world stage in the past 20 years. Their country has seen average economic growth exceeding 10% for decades, far exceeding many other industrial nations. This rapid growth is fueled largely by the intervention of the Chinese government and their focus on ensuring that their country is ideal for companies who wish to manufacture goods. Besides manufacturing China is also a large agricultural exporter. In the Far East China is the newest and strongest superpower, holding considerable influence in geopolitical events as well as economic trends.

The Chinese economy is second only to the United States, and their military spending is one of the largest budgets in the world. Although Chinas growth is expected to slow down over the coming years, there is little sign of a deflation in sight. China’s growth is only being further promulgated by the rise of its industrious and highly skilled middle class. Unlike many other advanced economies, China has had great success in tapping resources on the African continents by working closely with government allies. The formerly largely agrarian society is seeing more and more people migrate to its large cities, adding to the skilled workforce and solidifying China’s place as the second most powerful country in the world.

1. USA – The Most Powerful Country 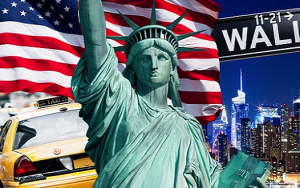 There are no surprises here, the USA remains the number one super power in the world. Although citizens and residents of the United States account for only 5% of the world’s population, the United States accounts for nearly 20% of the world’s GDP, 18 trillion dollars per year. The U.S. is the world’s largest producer of oil and natural gas, it is the second largest trading nation in the world, the second largest manufacturer, the largest and most influential financial markets, and the highest trained and most skilled labor market in the world. In essence the U.S. dominates economically over any other country. The U.S. dollar is one of the strongest currencies in the world and it is the most used currency.

Not only is the U.S. the largest economy by a long stretch, it has the most powerful military by an even wider margin. The U.S. military has more funding each year the next 10 most funded countries combined! The U.S. isn’t afraid to flex its military and diplomatic muscle whenever it feels its interest have been threatened, something that has been both applauded and denounced by the international community.

Lastly, not only does the USA dominate in economics and military might, it is also a large cultural exporter. Hollywood, the music industry, fine arts, theatre, you name it; people around the world consume American culture because our entertainment industry is well established, well-funded, and of a high quality. American celebrities, pop culture, and movies are known worldwide, even countries where the majority of people don’t speak English, they are still knowledgeable of American popular culture. Analysts believe that the U.S. is poised to remain as the most powerful country in the world for at least the next ten years, but on cultural influence alone, the U.S. is poised to remain relevant for a decades if not centuries ahead.