The Xbox brand set records during the month of December, according to the company. In a recent post, the company said that more people logged into their service than any other day in the history of the console. Numbers were not revealed but this is good for a console that is currently trying to catch up to its rival, the PlayStation 4.

The record breaking week happened at the end of December, where gamers spent the most hours playing their favorite games. The Xbox One and Xbox 360 registered more hours played than previous years, a sign that the consoles are doing great. 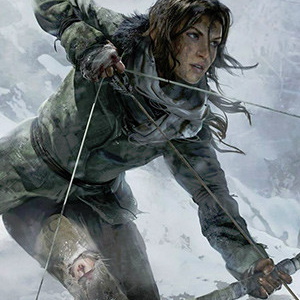 The company did not share console sales for the Xbox One. It did mention that its latest console has sold more than the Xbox 360 at this point. The company also said that all of its big titles had sold over one million copies. Rise of the Tomb Raider, Halo 5, Gears of War Ultimate Edition and Forza 6 were the titles that registered the million. The news are great, especially for Rise of the Tomb Raider and its slow start. The title looked great from the trailers and gameplay, but gamers bought other titles. The release date was seen as one of the reasons. Fallout 4, Call of Duty and other games were out at the time, making this a big race for sales during the month of November and December. Lara Croft’s newest journey seems to have recovered as sales for last month were solid. The game also added a new mode and plans to release downloadable content soon, which will definitely attract more buyers.

The Xbox One had a tough time keeping up with the PS4 earlier this year but it sold well during the end of 2015. The console had a number of features that helped attract more buyers, including the backward compatibility addition. The update, which was released on November, added a ton of new things, including the option to play the titles from the previous console, the Xbox 360. Not all of them are available, but the company is working on adding more. The list is long though, so gamers have no problems finding an old title to play.

The Xbox One was also helped by the release of Halo 5: Guardians, a franchise that has appeared throughout the history of the Xbox brand.

2015 was a solid year for the console, here are some of the interesting stats:

The company plans to do more this year. Will it catch up in the console race? Do you own an Xbox One? Let us know in the comments.