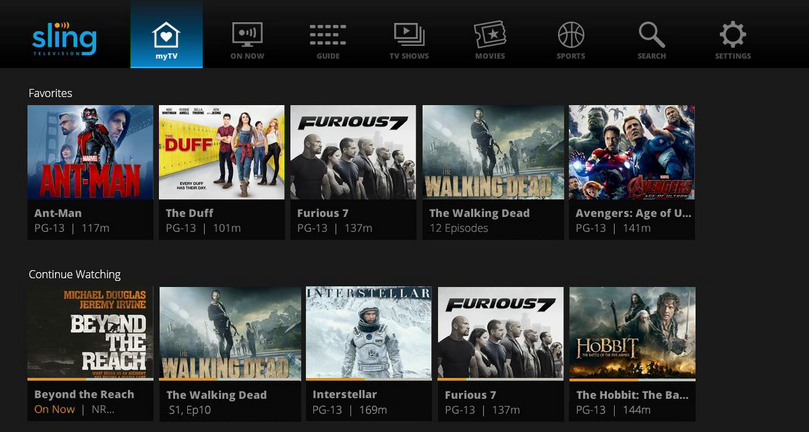 Sling TV has decided to add a new channel to the 2016 lineup and at the same time bringing a better user interface design to the subscription television service. When Sling TV hit just a year ago, it was really popular with the cord-cutting crowd as the lowest package only cost you $20 a month. A year later, Sling TV is still really popular and hopes to become even better in 2016 by giving the users a new way to search and find shows they want to watch.

The company just revealed a new overhaul to the design and user interface of Sling TV, which is something consumers have been asking for. There is a new “My TV” menu which allows you to pick the shows you want to watch instead of merely picking the channels you want to watch. You will also now see recommendations based on your viewing history of things that you might want to check out. There is also a section called “On Now” and this will show you everything that is live on Sling TV at that time, including movies and sports. 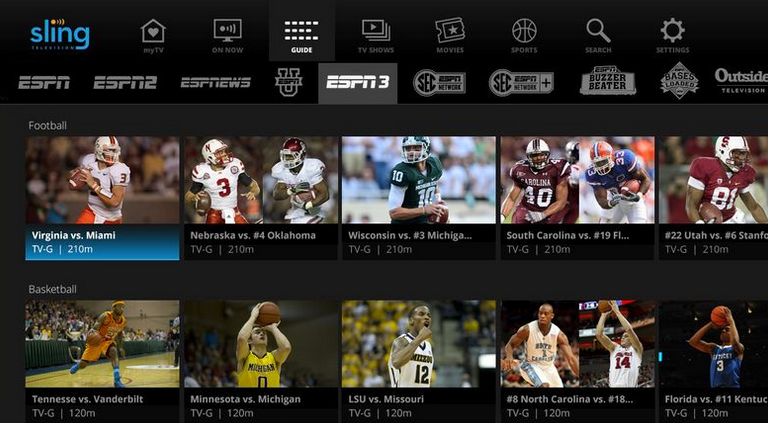 While Sling TV previously had ESPN and ESPN 2, Sling TV has decided to add ESPN 3 to the lineup, and this is all part of the “Best of Live TV” package. ESPN 3 allows you to see more of the live action sports and on-demand sports events, as you will now have three ESPN channels you are able to surf through so you can find just the right sports event you want to watch. In terms of ESPN, sometimes ESPN will air something on ESPN 2 or ESPN 3 that normally would be on the ESPN channel but due to timing issues was bumped. This type of thing happens a lot during various sport championship games where there are several live games going on at the same time or even when a game goes into overtime.

If you already have Sling TV, you can expect that this new design and user interface will begin rolling out soon. The company has not said yet exactly when it is expected that the compatible devices will be getting the new design, but it will be rolled out in phases across all of the devices. If you do not know what compatible devices go with Sling TV, it works with iOS, Roku, Android, Xbox One, Amazon Fire, Chromecast, Mac and PC.

While Sling TV was always a top choice for cord-cutters at $20 for the basic package, this new design is going to make it even more enjoyable. If you have heard anything about Sling TV within the past year, then you know that the channels available and packages have always been spot-on with the consumers. The major issue most people have had within the last year when it comes to Sling TV is the design and the user interface. People would complain that it was hard to find channels and events they wanted to watch because the design was a little clumsy and not really setup in the best way possible.

Now however, you will be able to experience a better layout on Sling TV allowing you to not have to skip over those channels you do not watch anymore. You will just be able to add everything into the customized and personalized sections of your menus so that you will be able to find every show you want with just one click, saving shows and events you want to watch and ditching channels you have no interest in.

Whether Sling TV is really here to stay remains to be seen, but with Apple TV and Apple lacking in getting consumers what they want, Sling TV has stepped it up to fill those gaps and take customers away from companies like Apple. Keep your eyes open if you have Sling TV as the new rollouts likely will begin fairly soon, and remember that it will be phased out so it might take a few weeks for you to see it on your specific device.