The beta for The Division will be released soon and many are wondering about the space that it will take after the download is complete. The upcoming beta will only be taking 26.25 GB, this was revealed by a reddit user (legate213), who says he was invited to a private beta that started yesterday. He posted a screenshot of the download and file size.

The beta will be available to those who preordered the game but the company recently confirmed that gamers can sign up in a list for a chance to play. The beta will give players the chance to try the missions and explore some of the areas available in the city. 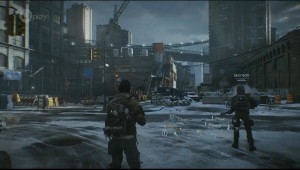 We’ve waited a while for The Division and many are still waiting to see how it will look when it is finally released. The game will probably look great on PC, but what about the PS4 and Xbox One?

Magnus Jansen, the creative director for the game, had some good news for console owners. He said during an interview that with the SnowDrop Engine, they are able to get the max out of any platform. Jansen added that it’s a matter of pride for them to allow players to get the most out of their consoles and PC.

The Division will be released on March 8 but we’re already seeing more on the stories. The company partnered with three YouTube creators to deliver a series that follows four agents. The story called Agent Origins, puts the agents right in the middle of the action. They are currently available on their YouTube channels.

The Division will be in stores in less than two months after numerous delays. The beta will begin on January 28 and will close three days later. Those who want to play the beta can preorder the game now and get access next week.

Did you preorder the game? What do you think about The Division? Did you watch the series? Let us know in the comments.