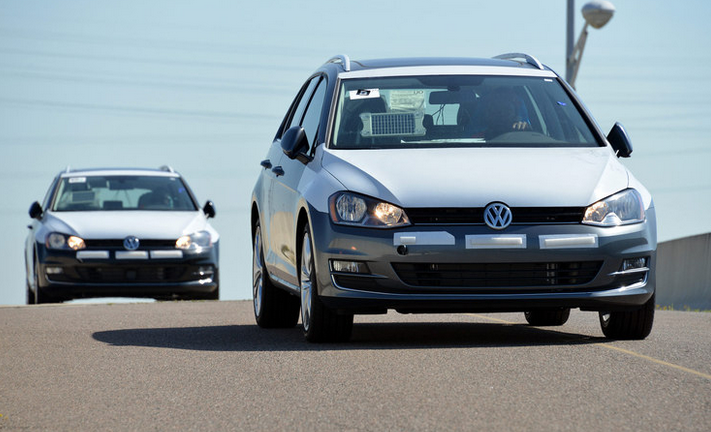 Volkswagen AG (ADR) (OTCMKTS:VLKAY) saw sales declining within the United States in December, which is all a fallout from the emissions scandal. The United States Justice Department ended up suing the company claiming that Volkswagen cheated federal standards, and just a day later is when it was announced that sales in America had fallen for December. This is not the first month sales have fallen for Volkswagen and it seems to be becoming a trend for the troubled automaker.

The sales decline that Volkswagen saw in the American market was pretty sharp, with a 9.1 percent decline in the month of December. Volkswagen earlier in the year had 34,058 deliveries and it went down to 30,956 deliveries of its brand in the United States. This is really bad but it was not quite as bad as the November numbers which saw a 26 percent drop in sales. TrueCar Inc., had predicted that we would see a 20 percent decline in sales for December, so the announced decline was not quite as bad as some predicted, but it is still a devastation to the once powerful German automaker.

When it comes to how the dealers are handling the decline in sales, they are pretty much trying to give Volkswagen cars away at this point in time. There are price slashes going on across the United States and cash incentives are also being offered in order to get the Volkswagen cars off their lots. The types of cars that they can see they are selling pretty fast at this point. Volkswagen did however stop the deliveries of the diesel-powered vehicles.

This was due to the fact the company had admitted back in September to the Environmental Protection Agency that it was installing illegal devices in order to get these vehicles to pass emissions tests. This is known as emissions-manipulation and it is very serious and it is also why the Justice Department is going after Volkswagen. Since it was said the company had admitted that the company did try to manipulate the emissions tests, this is going to be a clear case for the Justice Department. Right now the Justice Department is looking into exactly what should be done with Volkswagen due to the emissions-manipulation, and just who did what and when. The emissions-manipulation is still an ongoing investigation so we do not know all of the facts yet of that case, although it likely will be moving forward this year and we should know more in the coming months.

If you are in the need of a new car, there is no better time to be buying a Volkswagen due to the issues going on with the company. The company tends to also make leases and financing available as well, which is in part what is helping these vehicles sell, even as sales are declining. Volkswagen knows that sales have been slumping too as it spent about 31 percent more on various incentive programs compared to just one year ago, and industrywide there was only about a 3.9 percent increase in the incentives.

In terms of what the Justice Department complaint could do to the company, the biggest thing the company faces is that billions in fines could end up being paid out as a result of the emissions-manipulation. There is also a possible scenario where there is a criminal aspect of this case, which is being investigated right now. The EPA is still trying to find a way to work with Volkswagen on the affected cars that the emissions-manipulation was done to, but no clear solution has been found yet.

The company has to try to rebuild the trust that it has lost in the brand and this is going to take time for the American people and markets. In fact, the American depository for Volkswagen fell 5.8 percent at the end of trading on Tuesday. This means that the depository receipts went down to $28.34 and this is not good news at all for Volkswagen who is looking at losing billions of dollars when fines get handed down.