In a strange turn of events, from my perspective at least, Amazon.com, Inc. (NASDAQ: AMZN) has launched their own free to use game engine. Dubbed Lumberyard, the engine is based on Crytek’s CryEngine, tweaked to focus on online games. CryEngine is best known as the go to product for developing high fidelity PC games, and the occasional stripped down console port.

Amazon Lumberyard is billed as a free, multi platform game engine for developers to create high quality games. It has built in support for Amazon Web Services, for both storage and gameplay, and community building, via Twitch. The engine should allow developers to focus more of their time on gameplay development, and general community building by off loading a lot of the networking and engine creation to Amazon.

Amazon purchased the popular game streaming service Twitch at the tail end of 2014 for $970 million, and it looks like they are trying to integrate development tools directly into their own streaming service. It’s a smart move from the company. The Lumberyard engine contains a mix of new tech built-in, including net-code from the developers of Killer Instinct, Double Helix Games, also owned by the company.

Amazon Game Studios has been using the engine to develop their own games, though none have been announced. Lumberyard is based on the CryEngine, though it replaces and upgrades many of the core features of the engine. The two engines are likely to become quite different in the coming years as more as more features are added or removed.  The engine is still considered in beta at the moment. 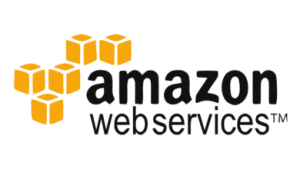 The engine will be free for developers to use, though they will have to pay to use amazons own web services for their games. Developers do have the option of setting up their own servers, and taking on the costs associated, but they may not use any rival companies servers. It is all spelled out in the licensing agreement. While the engine is free, including source code, the company will be charging licensing fees to use the cloud infrastructure. If the game being developed is purely single player then no fee from them would be incurred. Amazon has stated.

“There are also no seat fees, subscription fees, or requirements to share revenue. You pay only for the infrastructure resources you choose to use. For full licensing details, see Licensing below.”

In addition to Lumberyard the company has announced GameLift. A new management service for operating and scaling server-based online games using Amazon Web Services. The product is exclusive to users of Lumberyard, and goes hand in hand with its native community driven nature.

With built in Oculus support it looks like Amazon is gearing up for the long hall here. Here’s hoping that it pans out for them.