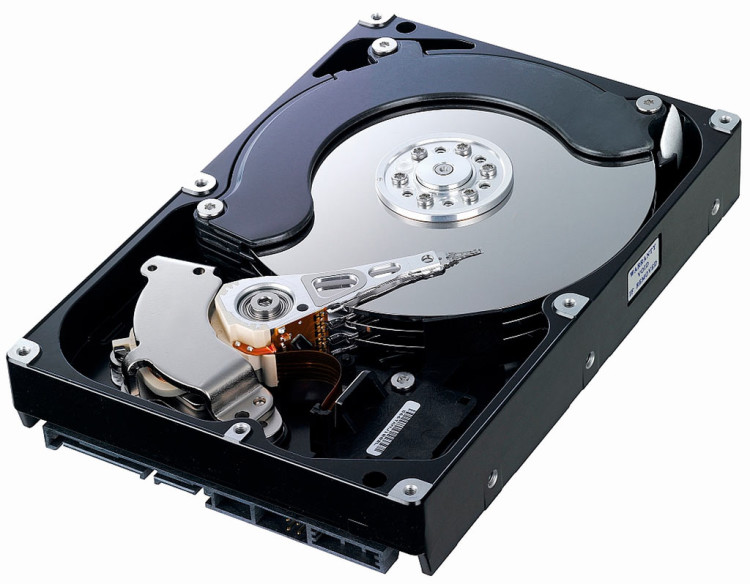 When it comes to storage there are a few things to take into consideration. The max transfer speed, the capacity and of course the type of drive. The big two on the market are Hard Disk Drives and Solid State Drives, HDD and SSD for short. Both have their positives and negatives. HDD’s tend to be less expensive and have larger storage, but their transfer speeds are much lower. SSD’s are far more expensive per gigabyte but have much faster data transfer. 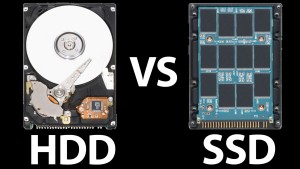 Your HDD is your work horse. For me, and for the budget conscious, they form the bedrock of your storage. The price difference is genuinely huge, the cheapest 500GB HDD I’ve been able to find was under forty bucks, whereas the cheapest SSD in the same size I could find was $119.99. Now, you can get smaller drives for far less, and for a budget build it’s what I would recommend.

You see, when you install your operating system, whether it’s OSX, Windows or some variant of linux, on a HDD your boot time is measured in minutes. There are some tricks you can do to speed it up, but trust me when I say installing on an SSD is considerable faster. Measured in seconds, not kidding. You can get a 60GB SSD for thirty five dollars, which is more than big enough for an x64 Windows 10 install. You must also be aware of the size of the drives, physical dimensions. HDD’s are 3.5 inch drive while SSD’s are 2.5 inch drives. Most cases allow for both drives to be fitted to the same size of bay, but not all.

There is a third option. Hybrid drives. They are a combination of both a HDD and an SSD, though I wouldn’t really advise one unless you’re really stuck for space. All of the cases I will be recommending have more than enough room for multiple drives so there is no need to consider these more expensive Hybrid drives.

Now, I’m going to have a look at the least expensive options. This is a budget article after all, so our primary concern is the price. In the motherboard article I briefly mentioned the SATA ports on each of the boards. Only one of them did not support SATA3, so I will be recommending only one SATA2 HDD. I’ll be recommending in pairs, an SSD for your OS and a HDD for pretty much everything else.

First up is the bottom of the barrel. The cheapest HDD SSD combo would be the  and the Seagate Pipeline HD 500GB. The Patriot would cost you $34.99 and the HDD $36.95. A rare case of the SSD being cheaper. The read/write speeds on the SSD are impressive, you tend to find a very throttled write speed on cheaper SSD but here we have a 530MB/s read and a 430MB/s write speed, which is not that much slower than the larger capacity models. Remember that the SSD is for your OS and maybe a few of your most used programs. The Seagate runs at 5900 RPM, so data access is a little slow, but it is cheaper and uses less power than its 7200 RPM cousins. It is a SATA2 drive, but it will still work in a SATA3 port. I still have an old 500GB SATA2 in my rig as back up storage, but it will still do the job as a main drive.

Next a look at a slightly more expensive option, the HyperX Fury 2.5″ 120GB and the Western Digital Caviar Blue 1TB. The pair are still affordable, at $49.99 each. The HyperX being twice the size of the Patriot allows for more versatility. It has a flat 500GB/s read/write speed, so the read is a little slower but the write is a little faster. The size means that not only can you install your OS on the SSD, but you can put a few games on it too. It doesn’t add much to most games, but for games with a large distance LOD, like Skyrim, you’ll notice a decent increase in performance. The Western Digital drive has a trusted brand, I have one myself, and a full terabyte is a good baseline, it’ll take you quite a while to fill it. It runs at a faster 7200 RPM, so accessing data is much quicker than with the slower Seagate. It’s a SATA3 drive, so you can take advantage of those ports on the better mobos I recommended. Overall I would consider this to be the go to entry level set up, if you have a little extra to spend then read on.

Finally the recommendation for the richest of the poor. The Samsung 850 EVO-Series 120GB and the Hitachi Deskstar 2TB. The Samsung Evo series of SSD are fantastic. The build quality is a cut above the others on this list and it has higher read/write speeds too, 540 GBs/520 GBs. It costs as little as $67.88 and is an excellent choice for a first build. The rest of the benefits from the HyperX SSD apply here also, space left over after OS install, lightning fast transfer speeds and still at a great price. As for the Hitachi Deskstar it isn’t the faster drive on the market but for a combination of price and performance it is a hard HDD to beat. I’ve found it for as little as $62.00, which is a bargain for 2TB of storage. Overall this is the pair you want in your first build, if you can afford it.

So there we have it, a nice little triumvirate of storage solutions for your budget gaming computer. The usual rules apply, look for the parts second hand for better bargains. But there is one unique caveat here. SSD’s have a limited number of read/writes. Now, the number is huge, something like 5GB of writes everyday for five years, but you get closer to it if you buy the parts second hand. I bought a small SSD, Samsung EVO, for my OS when I found it in a local shop second hand at a ludicrously low price and it has stood me well these last few years.

For the extremely budget conscious of you out there, with little more than pocket change to spare after buying the other parts for your first rig, know this. You can simply remove the SSD for your shopping list. I only include them here because of how awesome they are. They are by no means a necessity. A HDD will do you just fine.