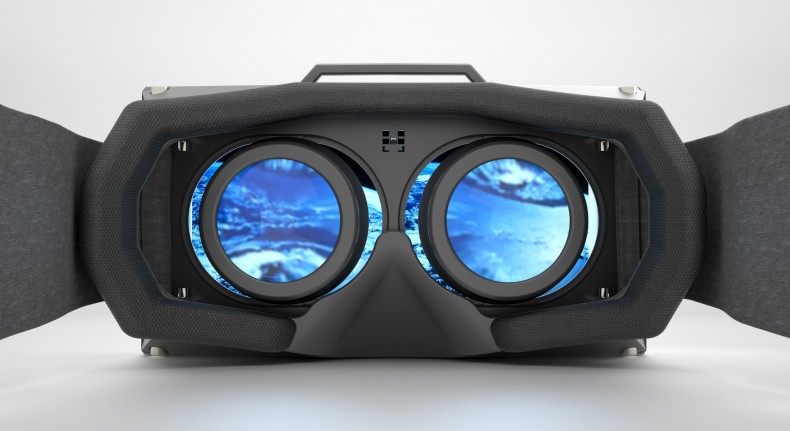 As of right now, the Oculus Rift is definitely looking like the front runner in the virtual reality game. The Oculus Rift was the first high end virtual reality headset available to the average consumer. However, with a price tag of $600, many tech enthusiasts are still reeling from the sticker shock. Others argue that the Rift sacrifice comfort for quality, and that the light-weight headset is less powerful than its competitors.

Luckily, the virtual reality market is far from a desolate one. There are plenty of alternatives available for those who may be a little reluctant to purchase the Rift. These alternatives may boast more power, a lighter price tag, or a wider library of supported games. Let’s take a look.

The HTC Vive is arguably the Rift’s greatest competitor. The headset is being developed by HTC, with the help of PC gaming giant Valve. It is set to release only a few months after the Rift. For many, the decision of Vive vs. Rift comes down to supported game libraries. However, there are other factors to consider when comparing these two headsets.

To start with, the Vive’s display is objectively superior to the Rift’s. At least, in terms of vertical field of view. The Vive’s screen ratios are 9:5, which are taller than the Rift’s 16:9. This means, basically, that the Vive makes it easier to see something above or below you without having to move your head. In virtual reality, when immersion is so important, this can be a significant distinction.

It is also worth noting that, while both headsets possess 1080 x 1200 per-eye displays, the Vive could potentially see an upgrade. 1080 x 1200 is the per-eye resolution for the final consumer Rift model, and of the Vive’s developer model. In fact, the majority of the Vive’s technical specs could be upgraded before it is released to the public. However, these upgrades would obviously come at a cost to the consumer.

The Vive also offers a greater room tracking space — 15 x 15, 3 times larger than the Rift’s. Of course, room tracking isn’t for everyone. The Wii was designed to be played standing up, but most newer Wii games allow players to play sitting down. However, the Vive’s room tracking feature will allow the user to walk around in a 3D environment. Not only does this make the Vive more appealing to game developers, but it’s also really, really cool.

Finally, the biggest technical distinction between the Vive and the Rift is the Vive’s front-facing camera. The camera allows for better integration between the real world and the virtual world. In other words, it makes it to where you can check to make sure that you’re not about to bump into a table without taking off the headset. When integrated into a game environment, this feature offers a world of possibilities.

However, if you think that the Rift is too expensive, then the HTC Vive may not be the alternative for you. HTC has yet to release a final price, but it’s been rumored that it could cost as much $1500 upon launch. This is hardly a budget-friendly option for someone who is interested in trying out virtual reality. However, there are plenty of other, more wallet-friendly Rift alternatives out there.

You’ll be able to get the HTC Vive by clicking here once it’s available.

Samsung Gear VR uses a variety of different Gear VR apps. Samsung Milk VR allows the user to watch a variety of different 360 videos. The user can watch a musical symphony or take a tour through different tourist locations, all in 360 degrees, and all from the comfort of their home. There are also a few gaming apps available, including the ever-popular Eve: Gunjack, a first-person arcade shooter designed for the Gear.

From a technical point of view, the Gear is not all that sophisticated. Allow me to explain. The Gear is not just a cardboard-type viewer. You don’t just drop your phone into the box and look at it through two different lenses. The Gear contains different sensors that reduces latency issues, enhancing response time and improving display quality. However, don’t buy the Gear and expect mind-blowing display quality or immersion. In fact, the Gear doesn’t have any room tracking of any kind. While you can look around at your virtual environment, you can’t reach out and touch it or walk around in it without the use of a controller.

Technical shortcomings aside, the Gear is a revolutionary device. The virtual reality experience that it brings, while somewhat watered down, is easily accessible to the public. Considering that the technology behind the Gear is from Oculus themselves, it really is a true alternative. It’s truly amazing to think that we live in a world where you can purchase a critically-acclaimed virtual reality viewer for the same price as a pair of Nike sneakers.

Click here to apply a discount to the Samsung Gear at Amazon.com

You have probably heard of PlayStation VR by the name of ‘Project Morpheus’. Like the Vive and Rift, PlayStation VR plans to launch during the first half of 2016. A price tag has yet to be announced, but Sony has said that they anticipate for PlayStation VR to cost about the same as a new console. For reference, the PlayStation 4 launched with a $400 price tag. So…PlayStation VR is cheaper than the Oculus Rift, it will be directly supported by a major console, and it should be releasing at about the same time as the Rift. What’s the catch?

Like all virtual reality viewers, PlayStation VR has a couple of wrinkles. To begin with, its display is inferior to that of the Vive or the Rift. Both of them boast 1080 x 1200 per-eye resolutions, while PlayStation VR offers a 960 x 1080 resolution. However, it should be noted that the PlayStation VR will rely solely upon the PS4 as hardware. In order to use the Oculus Rift, Oculus suggests that you use a PC with pretty beefy specs. While PlayStation VR has lower screen resolution, probably due to the hardware limitations of the PS4, it is an all around more inexpensive experience that you’re paying for.

Although Playstation VR loses the resolution battle, their display offers a greater refresh rate than their competitors. What does that mean? Significantly higher frames-per-second, with 120 vs. HTC and Oculus’s 90. What does that mean? PlayStation VR will be smoother than the Vive and Rift. In the gaming world, 60 frames-per-second is typically the golden standard. However, that changes when you’re dealing with virtual reality. When you have the display strapped to your face, 60 FPS can feel a lot more choppy. After all, virtual reality is meant to emulate…reality. And reality is much smoother than 60 FPS.

PlayStation VR also has a feature that is unique to their headset. With the release of the PlayStation Move and with the recent expansion of online features, it’s clear that Sony wants for PlayStation to enable a more social gaming experience. PlayStation VR allows the user to output what they are seeing through the headset to their television, allowing friends to see what they see. It also allows the user to deactivate that feature, and play co-operative games with someone who is playing normally. Too often, virtual reality is depicted as someone sitting alone at their desk. PlayStation wants to change that.

There is one last thing worth mentioning about PlayStation VR. It will require integration with the PlayStation Move. The PlayStation Move was released with the PS3 in 2010 and flopped, as Sony’s response to Nintendo’s Wii and Microsoft’s Kinect. The Move was a weird technology, and game support was limited. I know that mine is sitting in a dusty box somewhere. PlayStation VR will be breathing new life into the Move, however, requiring usage of the Move’s camera to track the head and using the Move motion controller as a controller for several different games.

You’ll be able to get the PlayStation VR by clicking here once it’s available.

To the future of VR

If you haven’t seen anything on this list that has caught your fancy yet, there’s no reason to panic. The virtual reality world is expanding by the day, and more and more companies are beginning to develop for this technology by the day.

Although there are many uncertainties surrounding the fate of virtual reality, one thing is for certain. As the consumer, we will all have plenty of virtual reality machines ripe for the choosing by this time next year. The Oculus Rift, while certainly the most popular headset at the moment, will not be your only option. There are plenty of Rift alternatives for the person who wants something cheaper, something more powerful, or even just something different.