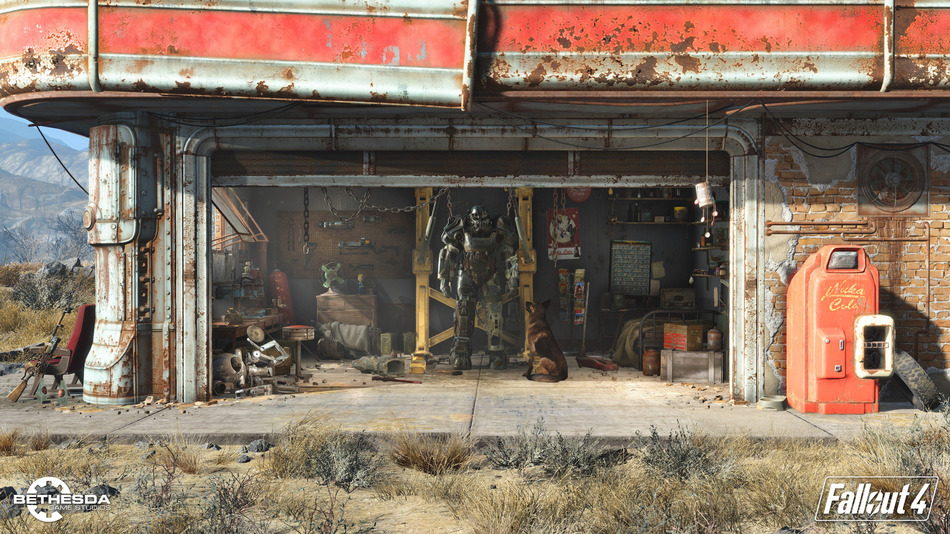 Fallout 4 was released in November 2015 to somewhat mixed reception. The game was mostly praised by the masses for its story, characters, and world. However, hardcore fans of the iconic series were a little disappointed. They cite the game’s watered-down roleplay experiences and shallow world. Some felt as though Fallout 4 had too few quests and not enough random encounters. It looks like Bethesda is listening. This week, the studio took to Twitter and announced that new content and new features were coming to Fallout 4.

DLC is a word that most gamers hate to hear. When it comes to Bethesda, however, they’re a little more lenient. Bethesda has a good track record of releasing highly-quality downloadable content at a reasonable price. Skyrim saw the release of the Dawnguard and Dragonborn expansion packs, both of which added several hours of gameplay to an already sprawling world. Fallout 3 had Broken Steel and Point Lookout. Fallout 4 players will be happy to hear that information on the game’s future DLC is coming very soon.

Currently, players can purchase the Fallout 4 Season Pass for $30, which is a steal. Skyrim’s DLC, when purchased individually, ran closer to $45. It’s also worth noting that, historically, games in the Fallout series have more downloadable content than games in The Elder Scrolls series. Fallout 4 is already a fairly large game, and this DLC will only serve to expand it. This should appease the long-time fans of the Fallout series who complain that the latest installment is too short.

Another popular complaint of Fallout 4 is the lack of role-playing ability. True, with the addition of a voiced protagonist, the player typically sees less dialogue options than they would in other Bethesda games. It can be easy to feel like you’re sometimes corralled into making decisions that you don’t want to make. With this new feature, that should change a little bit.

Fans of the Fallout 4 series are probably familiar with Fallout: New Vegas. New Vegas wasn’t actually developed by Bethesda — although Bethesda published it. It was developed by Obsidian, and they offered a fresh new take on many aspects of the base Fallout experience. Perhaps their most highly-praised addition to Fallout mechanics was Hardcore Mode. Hardcore Mode was a difficulty setting meant for only the most realistic of roleplayers, and offered a tremendous new challenge to an already difficult game.

In Hardcore Mode, players faced a whole new myriad of problems. They had to regularly eat, drink, and sleep in order to properly survive in the wasteland. Your stimpaks healed over time, and couldn’t be used to instantly save your skin in a tight battle. It made the game more realistic, and much more difficult. Many fans were disappointed that this mechanic didn’t see a return in Fallout 4. They should be pretty happy with this new news, then.

According to Bethesda, they are completely overhauling Fallout 4’s current Survival mode. Currently, Survival mode just means that more difficult enemies spawn more often, and mobs have higher health. With this new update, Bethesda promises new mechanics involving food, sleep, and disease. Bethesda fans should love this news. Not only was New Vegas praised for this kind of gameplay, but Skyrims mods like Realistic Needs and Diseases are among the most popular in the modding community.

Although they may seem very difficult to please, it looks like Bethesda is working very hard to optimize the Fallout 4 experience for even their most hardcore fans. With these new additions, critics of the game should be at least temporarily silenced.