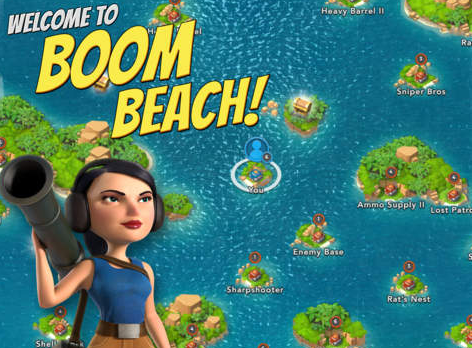 If you are playing Boom Beach, you might be wondering what upgrades you can buy in the game. Buying upgrades will allow you to do more in the game and also can help you beat up your enemies. Upgrades in Boom Beach are all around you, but some items and buildings should be upgraded before others. We want to tell you about some of these upgrades so that you will know what you need to be paying attention to the most in Boom Beach.

Gunboat- In Boom Beach you want to upgrade the Gunboat early in the game because it enables you to fire off more shots. You want to do this as soon as you can because it will be game-changing in Boom Beach. 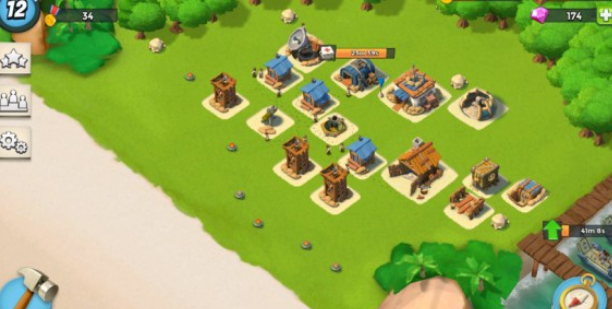 Landing Crafts- The Landing Crafts allow you to have more attack power and also can help increase your army’s tanks. This is pretty cheap to do and allows you to get more space on your craft. You will need the space on your Landing Craft more and more as you go up in level and this is why you need to start upgrading it early on.

Armory- You need to upgrade your Armory in Boom Beach because you need to keep the ammunition on your Gunboat very potent. You also need to ensure your Troops stay in good shape, and also the artillery is important to upgrade as well. If you want to beat an opponent who is stronger and bigger than you, then upgrading your armory could be the one thing that allows you to do this.

Heavy- Upgrading the Heavy is important because he needs to have more health and more damag capability. Basically the Heavy is who protects your Riflemen and the Zookas and he will take enemy fire for you.

Zooka- In Boom Beach, Zooka is one of the stronger offensive units and she needs increases in damage and survivability. Whie Zookas are powerful in their attacks they are very weak so you need to keep them out of harms way as much as you can.

Artillery– You have to upgrade your Artillery in Boom Beach because this allows you to increase the number of shots that you can fire in order to destroy an opponent. This is a huge point that you need to focus on in the game no matter what level you are. You can upgrade this at any point in the game and it will make a difference between living or dying.

Mortar- A mortar is important in Boom Beach because it can damage many units in one area since it is a large range bomb. These are good if you are fighting Riflemen and Zookas and other low HP units. One thing to keep in mind though is that the mortar cannot hit targets at close range, since it is a long range bomb.

Cannons- You also can upgrade your cannons, although you will not see these until a little later in Boom Beach. You can get the cannons when your HQ is level 6 and they are good against the larger HP targets like Warriors, Tanks, and Heavies.

Storage Buildings- You need to also ugprade your Storage Buildings because they are important since you need to keep your storage capacity as big as you can. You do not want to end up not having room to store your resources in the game.

Radar- It is also a good idea to upgrade your Radar to a level 2 because this helps you find new players on your maps. Be careful though because this also means you will be in the attack pool for everyone else too. Once you make the move with the Radar make sure you have good defense and offense because you are definitely going to be attacked and be on the radar of everyone else.

These are just some of the major upgrades that you can do in Boom Beach. You need to do both offensive upgrades and defensive upgrades in this game to be the most successful. If you only focus on defense then you will be less likely able to kill opponents. If you only focus on offense then you are more likely to get attacked and attacked often by other people. You also could end up losing resources if you do not keep your defenses up as well. If you find yourself not knowing what to upgrade first you should always focus on your HQ and the Gunboat as well as artillery.